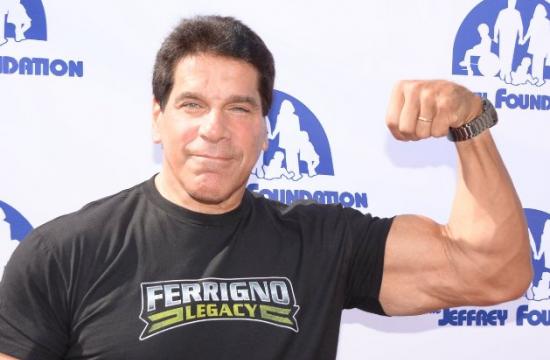 When you meet 6’5” Lou Ferrigno, aka the Hulk from the 1977-82 television series “The Incredible Hulk,” it doesn’t take long to realize the Santa Monica resident is a gentle giant, using his long lasting stardom to support charities close to his heart.

The 63-year-old, who lost 75 to 80 percent of his hearing in the first few years of his life, has close ties with The Starkey Foundation and L.A. Muscular Dystrophy Association.

In an exclusive interview with Westside Today, Ferrigno said The Starkey Foundation has fitted more than one million hearing aids to people in need around the world – a charity he is proud to support year round.

“Bill Austin, the founder of Starkey, goes on missions all over the world with teams to fit people with hearing aids,” Ferrigno said. “Part of hearing loss and deafness is that it’s a silent disease. When people get older and start losing their hearing they get very frustrated and they don’t know how to deal with this. Now with the technology available today and with my support, it makes it a lot easier.”

As a child, Ferrigno said his hearing loss made it hard to speak clearly.

“As a kid back then it was tough,” he said. “It wasn’t like today where if a person is hard at hearing, they instantly know that it can be fixed and they can get a good hearing aid. When I was young, hearing loss was kind of a hidden problem. You were almost made to feel like you weren’t perfect, kind of like ashamed.”

Ferrigno said he was able to turn this negative into a positive, and it shaped him into who he became as an adult.

“I was very introverted as a child,” he said. “I would read Superman comics because I was fascinated with power. That saved my life. In fact that led me to a path to get involved with body building fitness and then eventually the film business, and it also gave me the motivation and discipline to work on myself.”

He said he enjoys telling people how to better themselves and maximize their personal power.

“My theme is Embracing Fear: Overcoming and Maximizing your personal power,” he said. “It makes you feel good about yourself knowing that you can help and motivate other people. Because the life I’ve led, as much as I’ve had to overcome hearing loss, I like to help other people, as I understand the suffering. For example with The Starkey Hearing Foundation, my whole life I’ve been dealing with hearing loss, but now I see others who are very tormented with the problem, and I can reach out to them and tell them what I’ve overcome and what I’ve done, and that they can live a better life too.”

Meanwhile, he was able to shine some national spotlight on the L.A. Muscular Dystrophy Association (MDA) in 2012 when he starred on “Celebrity Apprentice.”

While he was fired (the show’s term for being eliminated) on episode eight, he succeeded in the fact he raised $100,000 for MDA on the reality show.

“I was happy to use that as my charity of choice when I was on ‘Celebrity Apprentice’ because I have a friend who is young, has polio, and they deal with muscular dystrophy. The show was tough because you were dealing with 18 egos and nobody wanted to get fired. I didn’t mind dealing with Donald Trump, it was the other people I had to work with. It gets really nasty because you’re together in a room all day and the best behavior goes out the window.”

Despite the bickering and stress of the show, he said it was ultimately worth it.

“When you are on the show, for example, everyone gets nervous about being project manager, because you have a good chance of being fired if your team loses,” he said. “Knowing that the first time I won as project manager I didn’t mind doing it again. When you get that taste of winning and you know the money is going to your charity, you are like ‘yeah – I want to do it again.’”

Another personal project that’s helping support his charities is Ferrigno Fitness Festival, which was held for the first time last November in Santa Barbara.

A portion of the proceeds went to L.A. Muscular Dystrophy Association and to provide hearing aids for disabled children through The Starkey Foundation.

“This year we are going to go to a bigger venue in Palm Springs so we can have a bigger show with more sponsors and attendees,” Ferrigno said.

For more on Lou Ferrigno, his Fitness Festival, and his philanthropic endeavors, visit www.ferrignolegacy.com and www.louferrigno.com.