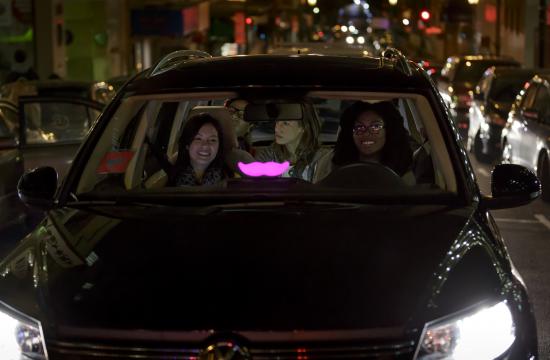 A Santa Monica law firm has filed a class action lawsuit accusing Lyft, a peer-to-peer ridesharing company, of promising $1,000 bonuses for new drivers that turned out was too good to be true. The lawsuit claims Lyft has paid very few of the new drivers the $1,000 bonus.

In a detailed 22 page complaint, lead plaintiffs Casey Loewen and Jonathan Wright claim Lyft breached their contract and defrauded recruits by failing to pay the $1,000 bonuses.

According to the complaint, in an effort to grow its driver community and compete with other rideshare companies (such as Uber), Lyft launched two $1,000 new driver referral programs on Feb. 25, 2015.

To qualify for the bonuses, drivers had to apply on or after midnight Feb. 25 and complete their first ride on or before March 5.

“The promotions resulted in a huge wave of applicants,” said Alexander R. Wheeler, a lawyer with the R. Rex Parris Law Firm. As stated in the complaint, “On March 4, 2015, Lyft sent an email to all of its new applicants and drivers in participating cities.” It stated that “[l]ast week’s invitation – apply to be driver, give 1 ride by March 5th, and make $1,000 – brought the biggest wave of applicants in Lyft history. As we’re processing the applications, it’s important that we continue to fulfill our safety obligations. Some of these steps, including DMV and background checks, are outside our control and can vary in length for different applicants. It is possible that you won’t qualify for the promotion if all steps aren’t completed by the March 5th deadline, along with the ride requirement.” A copy of this email can be found in the complaint.

“Lyft took drivers for a ride by not providing timely background checks for new drivers making it impossible for them to give their first ride by the deadline imposed by Lyft,” said Wheeler.

According to the complaint, “Lyft’s actions caused outrage throughout the Lyft community, with many referring drivers and new drivers believing the entire promotion had been a scam to attract new drivers without having to pay them $1,000. Many drivers took to the Internet to voice their frustrations, accompanied by #lyftgate.” The lawsuit alleges that Lyft breached its contract and is guilty of fraud. It seeks compensatory damages as well as punitive damages.

The plaintiffs are represented by R. Rex Parris, of Lancaster and Dunn & Associates of Santa Monica.