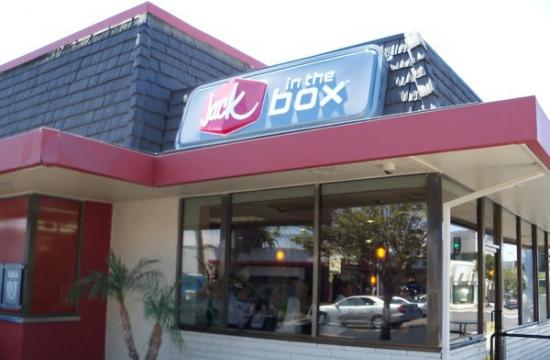 A 23-year-old homeless man was arrested on Tuesday, Feb. 17, after trying to choke his girlfriend in a Jack In The Box restaurant, then attacked other customers who intervened to stop the attack.

Officers of the Santa Monica Police Department rushed to the Jack-In-The-Box at 802 Santa Monica Blvd. at 7:45 am in order to investigate a report of a fight. Upon arrival the officers saw several people holding a subject down.

The officers then detained the subject while they interviewed the citizens involved in holding the man down.

The officers learned that a witness had seen the suspect straddling a woman on the ground while he (the suspect) repeatedly punched the woman and then attempted to choke her.

The witness then said that the suspect had become angry and had stood up and punched him (the witness) in the face, causing him to fall down to the ground.

The witness/victim added that the suspect had then punched him a few times before kicking him numerous times in the head.

At that point several other citizens approached and pulled the suspect off the witness/victim and held the suspect to the ground until the officers arrived.

The witness/victim displayed bruising and swelling to his head as a result of the assault.

The officers then spoke to the female who was allegedly the initial victim in this case and she told the officers that she was the suspect’s girlfriend but denied that any assault upon her person had taken place.

This woman did however confirm that she had a restraining order against the suspect and that the suspect was on probation for assaulting her in the past.

The officers arrested this homeless man and he was later charged with assault with a deadly weapon, domestic violence, violation of a restraining order, and violation of probation.