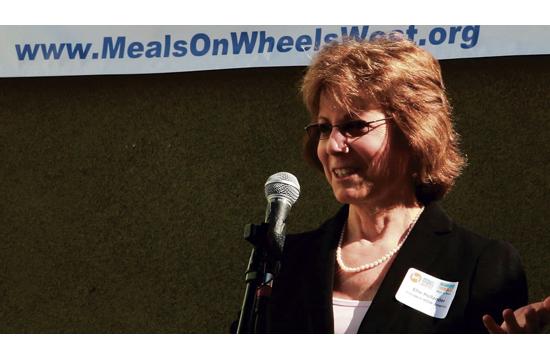 March for Meals is a national campaign held annually during the month of March, initiated and sponsored by the Meals On Wheels Association of America to raise awareness of the struggles faced by our aging neighbors and to encourage action on the part of local communities.

Supporters of Meals On Wheels West were on hand Monday at its headquarters at 1823 Michigan Ave. in Santa Monica to bring awareness to the reality of hunger in the community and the role home delivered meals play in reducing both hunger and isolation.

For more information on Meals on Wheels West, call 310.394.5133 or visit www.mealsonwheelswest.org.