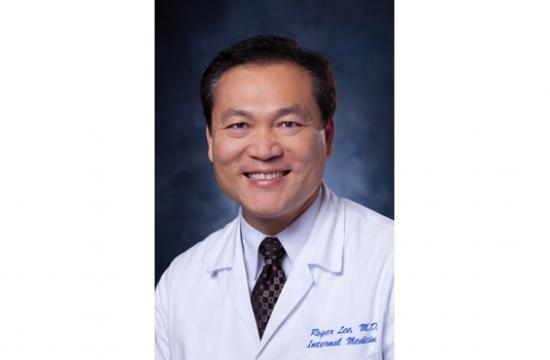 UCLA Medical Center, Santa Monica has a new chief of chief of staff: Dr. Roger Lee, a hospitalist physician who specializes in treating patients who are hospitalized.

He also serves as chair of the hospital’s Medicine Department, a position he has held since 2009.

For the past three years, he had served as secretary-treasurer on the hospital’s Executive Medical Board.

Lee earned his undergraduate degree from UCLA and medical degree from the University of California, Davis School of Medicine.  He completed his residency in internal medicine at Virginia Mason Medical Center in Seattle.

Presently, he serves as co-director of UCLA’s hospitalist program, taking care of patients at the Santa Monica campus, as well as at Saint John’s Health Center and in some community nursing homes.  He also started the hospitalist consultative service that works closely with orthopaedic surgeons to provide care for their patients undergoing surgery.

“I am excited and grateful to be elected by my colleagues as chief of staff at UCLA Medical Center, Santa Monica,” Lee says.  “I look forward to the many challenges and learning experiences that lay ahead in this role.”

Joining him as officers on the 2015 EMB are Drs. Peter Galier and Denise Freese, who were elected vice-chief of staff and secretary-treasurer, respectively.  Galier is a UCLA internal medicine specialist who previously served as chief of staff from 2003-05.  Freese is a UCLA family physician.