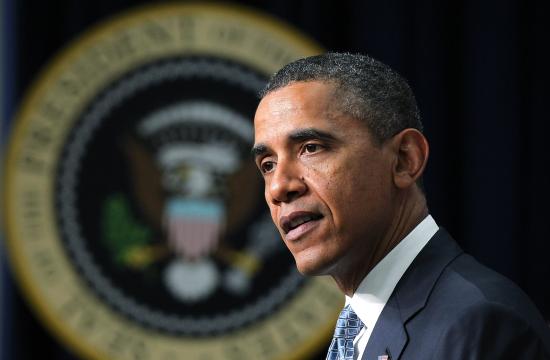 President Barack Obama is scheduled to arrive at Los Angeles International just in time for today’s afternoon rush hour, meaning motorists in selected areas should be prepared for detours or delays.

Obama will be taping an appearance on the ABC late-night talk show “Jimmy Kimmel Live” in Hollywood and conducting a Democratic National Committee fundraiser in Santa Monica.

Sepulveda Boulevard will be closed between Lincoln and Century boulevards for an eight-minute span sometime between 3:30 p.m. and 4:30 p.m.

In Burbank, north and southbound Hollywood Way will be fully closed between Empire Avenue and Glenoaks Boulevard between 4 and 5:30 p.m.

The LAPD is recommending that motorists avoid the following areas because of expected traffic congestion:

— Sepulveda Boulevard between Lincoln and Century boulevards between 3 and 5 p.m.;

— Hollywood Way between Empire Avenue and North Glenoaks Boulevard between 3:30 and 5 p.m.;

— Sheldon Street between Roscoe Boulevard and San Fernando Road from 3:30 to 5 p.m.;

— The area around Highland Avenue between the Hollywood Bowl and Sunset Boulevard between 4 and 6 p.m.;

— The area around Ocean Avenue between Pico and San Vicente boulevards between 4 and 7:30 p.m.;

— The area around San Vicente Boulevard between Ocean Avenue and 25th Street between 4 and 7:30 p.m.;

— The area around Pico Boulevard between Overland Avenue and Century Park East between 7 and 8:30 p.m.;

— The area around Avenue of the Stars between Pico and Olympic boulevards between 7 and 8:30 p.m.;

Obama is scheduled to leave Los Angeles at 10:15 a.m. Friday.