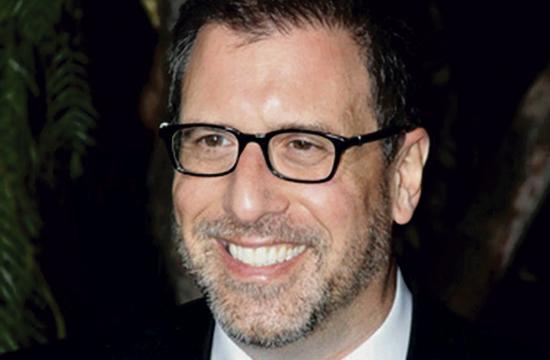 Richard LaGravenese is one of those very successful Hollywood writers who very rarely is recognizable by the general public. However, his vast list of screenwriting credits speak for themselves and include, “Rude Awakening,” “Behind the Candelabra,” “Water for Elephants,” “P.S. I Love You,” “Freedom Writers,” “Paris, je t’aime,” “Beloved,” “The Horse Whisperer,” “The Mirror Has Two Faces,” “The Bridges of Madison County,” “A Little Princess,” “The Ref,” “Erin Brockovich,” and his break-out script “The Fisher King.”

His latest film “The Last Five Years” stars Anna Kendrick and Jeremy Jordon as a young couple struggling with their marriage as told through a musical score. LaGravenese adapted and directed Jason Robert Brown’s musical, originally performed in New York, morphing it into his screen version.

Click here to read Part One: “Making Of The Last Five Years”

The following is an exclusive interview with LaGravenese and has been edited for content and continuity.

When did you actually start writing and did your parents influence your path?

LaGravenese: I wrote my first short story when I was in the ninth grade and have been writing ever since. I had parents who took me to the theatre at a very early age. My mom introduced me to all the movies of the 30s, 40s, and 50s. In those days, when I was a little boy, they were showing them on television so I got to know all those movies. My dad took me to the movies every Sunday. The 60s and 70s was an incredible period in film – breaking rules and ratings. My dad never cared about ratings so he took me to see everything. It didn’t matter if it was “R” rated. I saw “The Wild Bunch” when I was nine or 10. So, I always wrote and wanted to be in that world somehow – in theatre and film. I was from Brooklyn so New York was my goal. I never thought of Hollywood. I never thought of L.A. That seemed like a distant impossibility so I never thought of it as a career.

What was your major in college?

LaGravenese: I was a theatre major at NYU in the early days of the Experimental Theatre Wing: Tisch School of the Arts. For the first two years I was at Emerson College in Boston. I was writing all through those years, but primarily studying to be an actor. I went from summer stock companies to experimental theatre, which is a lot of writing. I was also part of a comedy act and wrote skit comedy and a one-act play. I met my soon-to-be wife who really encouraged me to write a screenplay. I had written a screenplay with a partner called “Rude Awakening,” which was my first experience of apprenticing as a screenwriter. After that, I wrote the “The Fisher King,” and now I’m here.

When you were growing up, what were some of the stage or film musicals that influenced you?

LaGravenese: Well, “Funny Girl” was a big deal for me because being from Brooklyn, Barbra (Streisand) was a goddess. I remember my dad taking me to see “Funny Girl” at the Criterion theatre. In those days, when I was a kid, movies weren’t in wide release. All the big movies came to the city and they would stay there for about six months before they came to Brooklyn. So getting dressed up and going to the city to see a movie first run was like a big deal. So, “Funny Girl” had a huge impact on me. I saw my first Broadway musical when I was 11 or 12. It was “Follies” by Stephen Sondheim, who was also a huge influence for me. His music has taught me a lot about writing.

Are you concerned about the lack of the arts in schools?

LaGravenese: It is definitely a problem. Why don’t they value it? Being on this side of the equation, I just don’t understand why they don’t see how it enriches kids. There are so many creative kids who go through the system who don’t have the outlet to express themselves and to find themselves – my daughter being one of them. She went through a school that was very classically trained and not very supportive. She had a much more creative non-linear way of thinking and her singing in an A Capella group was really what got her through school.

Is your wife an actor?

LaGravenese: No, but she comes from an industry family who were based in New York. Her father is Lou Weiss who was Chairman of the Board of William Morris. He was there for seventy years and was head of the television department, when television started, so she and her family have been in the industry for a long time.

How did you meet her?

LaGravenese: I was part of a stand-up comedy act and I was trying to get an agent for us. The agent I got at William Morris happened to live with her brother. He was single and she was single so they would just go out together as friends and he brought her to one of my gigs and we connected.

Was it love at first sight?

LaGravenese: It was a connection at first sight. It was one of those nights where we would go to four different places and we connected even though I knew other people better. My wife Ann is the one I credit with my career. On our first date, she saw me do a one-act play that I written and acted in. She said you have to keep writing. I said, ‘Really? I was never a confident person. I wanted to do theatre and she said theatre is great but there’s no money in it. She said I should write a screenplay and that became “The Fisher King,” which I did as a writing sample to get work, never thinking it was going to get made. The only reason I finished that script was to please her.

How long did it take to write “The Fisher King?”

LaGravenese: It took a year and a half or so. I’d put it down and not work on it for five months. Then I’d pick it up again. She’d come home after work. She was supporting us. She’d make dinner and I’d wash the dishes. She’d go read. I’d stay in the other room. She’d come back in and tell me that I should finish writing the script.

Every creative person needs a muse. Is she yours?

They’re giving me the “hook” so I have to end our interview. It was so nice meeting you and I look forward to whatever your next project may me.

LaGravenese: Thank you. This was a pleasure.