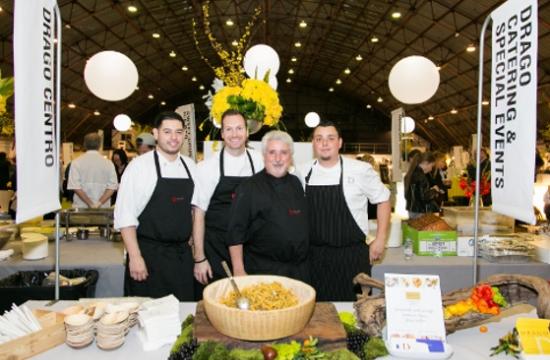 The event, which took place in at the Barker Hangar, was a splendidly delicious, fan-fared cross-section of multiple L.A. eateries and chefs.

Scrumptious samplings were had by all, as well as many booths of clothing, jewelry, and drinks accompanied.

A specialized grilled cheese truck was also there, with very yummy sandwiches.

More than 100 chefs were on hand throughout the fundraiser’s daytime and evening sessions, and Food Fare honored its 2015 Chefs of the Year: Top Chef Seattle runner-up Brooke Williamson and her husband Nick Roberts, whose three L.A. restaurants — Playa Provisions, Hudson House and The Tripel, served at the event.

A beer garden, hosted by L.A.’s own The Beer Gals, poured brews from local craft breweries, and California wine and spirit makers were also on hand.