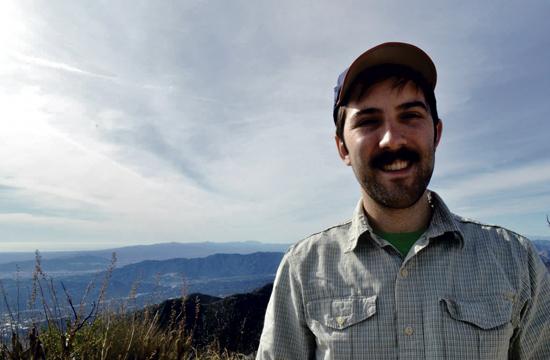 The voting process began with Councilman Tony Vazquez nominating Lawrence Eubanks, Himmelrich nominating Mario Fonda-Bernardi, O’Day nominating Rubin, and Winterer nominating Fresco. As there was no majority during this round of voting, a second round of voting pitted Fresco against Rubin – O’Day, Davis, and O’Connor voted for Rubin while McKeown, Winterer, and Himmelrich voted for Fresco. The appointment became official after Vazquez added his weight to Rubin.

Prior to the vote several community members addressed the Council, calling for younger representation in the City.

At 28 years of age, Rubin lives in Sunset Park and has served as a Housing Commissioner since May 2014.

When The Mirror contacted Rubin on Wednesday for an interview about his appointment and vision for the City, he said he was too busy to reply, stating in an email that he has “a full-time day job and a part-time job planning Sara and my April wedding.”

Rubin is a founding advisory board member of blog Santa Monica Next that advocates for growth, development, and bicycle use as a strategy to combat housing prices and traffic in Santa Monica.

“My first priority for my service on the Planning Commission is to successfully complete the Commission’s review and shaping of the zoning code update in a way that upholds the goals of the City’s Land Use and Circulation Element,” Rubin stated in his application.

The new commissioner also stated that his goal is for the zoning code update to ensure that the City: preserves and expands affordable housing in Santa Monica, while supporting policies that help relieve the economic pressure that is driving up housing prices throughout Santa Monica; guarantees that life’s daily needs and Santa Monica’s unique assets are within easy reach of all Santa Monicans, whether they travel by foot, bike, transit or car – be it by choice or necessity; preserves Santa Monica’s dynamic local economic base that contributes both to employment opportunities and helps fund the high quality city services we expect from our city government; and maintains and expands Santa Monica’s diversity.

Currently working as a member of Los Angeles Mayor Eric Garcetti’s staff, Rubin said that in this role he helped to lead the effort to launch L.A. City’s open data portal, which shares financial, geographic, crime, transportation and other city service data with the public.

Rubin’s position on the Planning Commission will run until June 30, 2015. His appointment fills the space vacated by Himmelrich who previously filled Winterer’s commission seat that is set to expire in three months time.