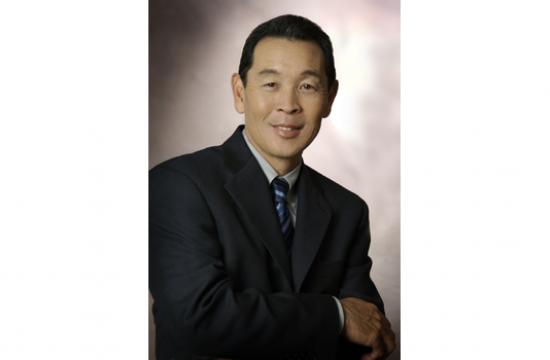 This follows an announcement by SMC President Dr. Chui L. Tsang last month that he would be retiring at the end of the academic year. Shimizu will fill the role of Chief Executive Officer for SMC while a search is conducted for a permanent replacement. The appointment is effective July 1.

“Being here for many years has given me a chance to really learn and respect the inner workings of the college, its faculty, staff and students,” said Shimizu, whose career at SMC spans three decades.

He started as a faculty member in SMC’s counseling department in 1985 and went on to fill a number of administrative roles including dean of counseling, athletic director, and dean of instruction. Shimizu served as Vice President of Academic Affairs – a position he held for a decade – and was appointed Executive Vice President in September 2014.

“I echo the entire Board’s sentiment when I say that we were all counting on Jeff Shimizu to provide direction for the College at this crucial time,” said Rob Rader, Chair of the SMC Board of Trustees.

His responsibilities ranged from curriculum, distance education and continuing education to managing SMC’s five satellite campuses – from Emeritus College in downtown Santa Monica to the Bundy Campus next to the Santa Monica Airport, which houses SMC’s Health Sciences department and its Career Technical Education arm.

Shimizu was also largely responsible for the SMC summer instruction program at Compton College in 2006, which helped restore that college’s accreditation status.

In his role as Executive Vice President, Shimizu worked closely with Tsang – a leader he described as “innovative and a stabilizing influence” – to provide administrative oversight for a college that serves roughly 33,000 students with an annual operating budget of about $149 million.

During his tenure, Tsang saw the college through the worst economic crisis since the passage of Proposition 13.

“Jeff has always been an advocate for faculty, and a bridge that facilitates dialogue between SMC’s various constituencies,” said Eve Adler, SMC Academic Senate President. “Our college is fortunate to have his leadership during this important transition.”

A seasoned leader in the community college system with extensive experience in collective bargaining and the accreditation process, Shimizu is known for his commitment to student success, equity and diversity.

He is also known for being a football and baseball coach, and for his work with the Major League Baseball Urban Youth Academy and the Reviving Baseball in Inner Cities Youth Program in Compton, which provides free academic and athletic support to inner city children along with the opportunity to be drafted into a major league.

Shimizu has served on the Chief Instructional Officer’s Technology Committee to the Chancellor’s Office, the Distance Education Taskforce, Commission of Athletics Athletic Director’s Organization, and the SMC Foundation Board.

He received his Bachelor’s Degree in Health Science and Kinesiology from California State University in Los Angeles and his Master’s Degree in Counseling from Loyola Marymount University.

“I’m looking forward to working with our Board to advance the college,” said Shimizu. “We have a lot of exciting programs in the works.”

While his appointment is for the interim – until the position is filled or January 1, 2016, whichever is shorter – Shimizu looks forward to having more opportunities to mingle with students.

“That’s one thing I’ve missed out on all these years as a vice president,” said Shimizu.