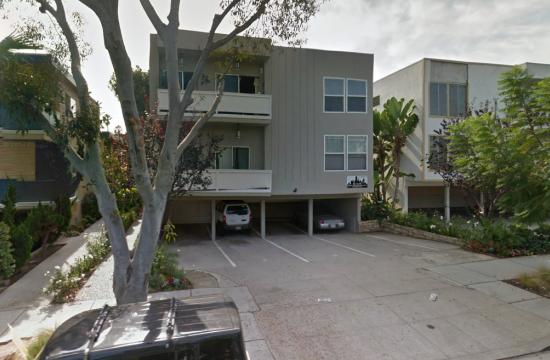 A lawsuit was filed today against a Santa Monica apartment building landlord and the property managers at 918 7th Street for allegedly taking away the parking spaces of two tenants with disabilities.

According to the lawsuit filed today in Santa Monica Superior Court, the owners have given notice that they are taking away the parking spaces of two tenants with a disabilities and forcing them to share a tandem parking space.

The tenants are not roommates. With the assistance of the Consumer Protection Division, both tenants provided the landlords with medical documentation showing that due to the nature of the disabilities, they each needed an unshared parking space close to their units.

The lawsuit alleges that despite the documentation and the reasonableness of the parking request, the landlord refused to restore the tenants’ parking.

The complaint also alleges that both tenants had fought just last year to keep their parking from being taken away altogether.

The two tenants have lived in the building since 1982 and 1995, respectively.

The case is the second one to be filed under the City’s new ordinance amendment protecting tenants with disabilities from housing discrimination.

The City’s Housing Anti-Discrimination Ordinance, as amended on Nov. 28, 2014, requires landlords to provide to tenants reasonable accommodations based on their disabilities.

“Under the fair housing laws, once a tenant presents medical documentation showing that she needs a housing accommodation because of her disability, then the landlord must provide the accommodation,” said Rhoades. “The only exception is if providing the accommodation creates a new hardship, but in these parking cases it’s very difficult to show hardship because it’s the landlord who is attempting to change the parking.”