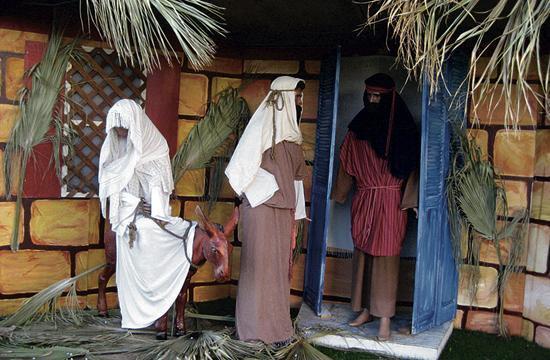 The long-running legal battle between Santa Monica’s Nativity Scenes and the City continued with a three-judge panel of the U.S. Ninth Circuit Court of Appeals hearing oral arguments from both sides Feb. 6 in Pasadena.

“We were very ably represented by William J. Becker, Jr. of the Freedom X law firm of Los Angeles, who has devoted countless hours of his time representing us free of charge,” said Hunter Jameson, Nativity Scenes Chairman.

“Our deep thanks go to him. We also thank the Pacific Justice Institute for paying court costs,” he said.

“The City’s allowance of unattended displays raised some significant difficulties in terms of the administration of the program, in terms of its impact of the park,” said Barry Rosenbaum, City Attorney

Attorneys for the Nativity Scenes said that the City bullied out a 60-year tradition in Santa Monica that “heralded peace on earth good will to men”.

“It’s really an infringement of a freedom of speech and our freedom of practice of religion really to oust us in this way,” said Jameson.

Attorneys expect that a decision could come in three to six months. There is no deadline for the court to rule.

The court hearing can be viewed on YouTube online at youtube.com/watch?v=EaTjNXyVe90.

It's no secret that the Third Street Promenade has been losing its luster, its tenants, visitors, and customer foot traffic....