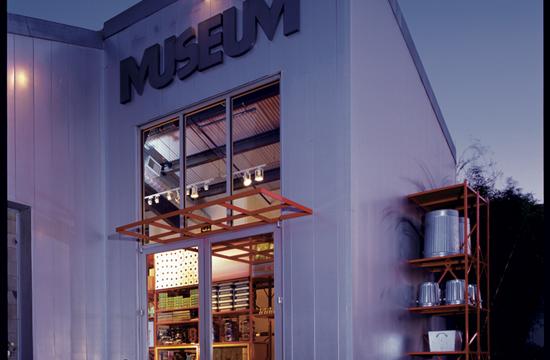 Slated to be a renewed hub of art, culture, and community, Bergamot Station Art Center has lost its anchor tenant. Santa Monica Museum of Art (SMMoA) will vacate its Michigan Avenue space May’s end this year.

Public hearings, community meetings, and City Council discussion on the future direction of the creative complex has attracted a raft of opinion and studies, but with no firm plans on the table, SMMoA said that they had no choice but to end their tenure at Bergamot and put the museum’s best interests first.

“The train is coming and Bergamot Station’s basic infrastructure is not prepared for an influx of commuters and consumers,” said Elsa Longhauser, SMMoA’s Executive Director. “We will better serve our diverse audience from temporary and/or pop-up locations in and around Santa Monica and Los Angeles County.”

The museum’s planned gestation period labeled “SMMoA Unbound” will see the organization relocate its headquarters to interim office space in Century City in order to refine its vision and broaden its reach, according to SMMoA.

The move will take place at the end of May, following SMMoA’s 11th annual INCOGNITO benefit art sale.

Delayed decision-making and changing priorities for the Bergamot area undoubtedly played a part in the gallery’s decision, according to Councilmember Terry O’Day.

“We are losing the resources we care about as a community because a few unreasonable people are fighting against every progressive step we take to support arts, housing, environment, and transit,” O’Day said.

While on permanent-location hiatus, museum staff will organize a roster of pop-up exhibitions, education and outreach initiatives, and new offerings from the retail shop, SMMoA said.

They will also explore permanent sites both in Santa Monica and Los Angeles County, with a chance that they may return to the area in a redeveloped Bergamot Station.

“It’s very unfortunate that the Museum has lost its lease on private land,” said Councilmember Ted Winterer. “Any time a cherished cultural institution is forced by market conditions to leave our community suffers.”

“Once the revitalization of the Bergamot Arts Center is complete there will be a subsidized space on public land for SMMoA should they be willing and able to return,” he added.

Mayor Kevin McKeown and Winterer have been working with City staff to find a suitable and affordable interim location for the Museum within the City, the councilmember said.

“It’s not the easiest task and thus far we haven’t located a property which works, but City staff is doing all they can on a remedy,” he added.

Such space is scarce and expensive in Santa Monica, Mayor McKeown explained, adding that he hopes the museum will retain a physical presence in Santa Monica through their retail gift shop, which he hopes to bring downtown.

“We have here a conflict between long-term plans and short-term circumstances,” McKeown said. “In the long run, the Santa Monica Museum of Art is still the preferred tenant for the new museum space once the Bergamot Arts Center gets rebuilt to accommodate the advent of light rail.”

SMMoA is looking at opportunities to enable the continuation and expansion of their exhibition, education, and outreach programs.

“We are excited and invigorated,” Longhauser said about the move. “As a non-collecting museum, free from the constraints of a permanent collection, we are uniquely equipped to make this change.”

INCOGNITO, SMMoA’s benefit art sale will be held on May 2.

“A huge array of such luminary artists as John Baldessari, Mark Bradford, Simone Forti, Catherine Opie, and Ed Ruscha—as well as hundreds of emerging artists—have shown their support for our mission by donating artwork to INCOGNITO,” Longhauser explained.

“We would like very much to return to Bergamot Station as the anchor tenant in a redeveloped and revitalized multi-disciplinary arts community,” she said.

Upcoming exhibitions at SMMoA include The Hidden World: Jim Shaw Didactic Art Collection; Norm Laich: This Brush for Hire, curated by John Baldessari and Meg Cranston; Mark Mothersbaugh: Myopia; and a reexamination of the work of Martín Ramírez, as part of the Getty’s Pacific Standard Time: LA/LA.

For more information head to smmoa.org.