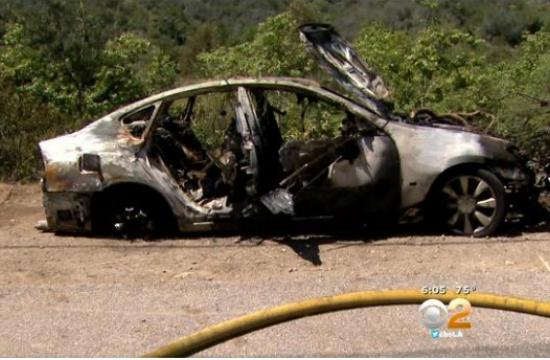 A brushfire was ignited in lower Topanga Canyon, when a car plunged down a cliff and ignited Saturday.

The fire burned a small area of canyon bottom but was put out within a half hour by a combined effort of more than 100 Los Angeles city and county firefighters.

The crash was reported at 10:07 a.m. on the winding canyon road, one mile north of Pacific Coast Highway. Initial CHP reports were that one person was trapped in the wreckage, but no driver was found.

The initial sizeup was that there was a 60-by-100-foot area burning, 10 minutes after the call.

A large number of stopped cars was reported on the two-lane road, hampering rescue vehicles. The road, which links Topanga Canyon village to the coast, was closed for about two hours.