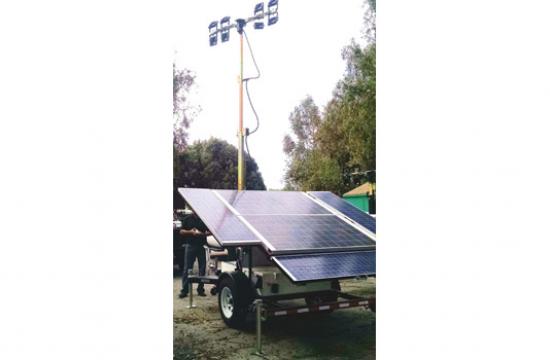 These emergency lighting systems will be used to assist first responders in the response, investigation, and recovery to natural and manmade incidents and disasters.

In partnerships with Beverly Hills, Culver City, and West Hollywood, the Santa Monica Office of Emergency Management was awarded the funding to procure the solar powered light systems.

Each of the four Westside cities will be awarded two light towers with the intent that those systems will be shared when needed between the four jurisdictions.

Incidents such as disaster response, criminal investigations, or extended search and rescue operations following a major earthquake are some of the types of incidents which these lighting systems would be deployed.

The City chose to procure the solar powered light systems in order to support the goals of sustainability in our community.

OEM worked closely with the Santa Monica Office of Sustainability and the Environment in order to select a vendor and determine the appropriate specifications for the lighting systems.

Traditional lighting systems require a diesel generator and can be loud when operating. These solar powered lighting systems are silent and can run for 12 hours at a time, before they need to be re-charged.

The acquisition of these lighting systems is another step in OEM’s goal of making Santa Monica one of the most disaster resilient communities in Southern California.