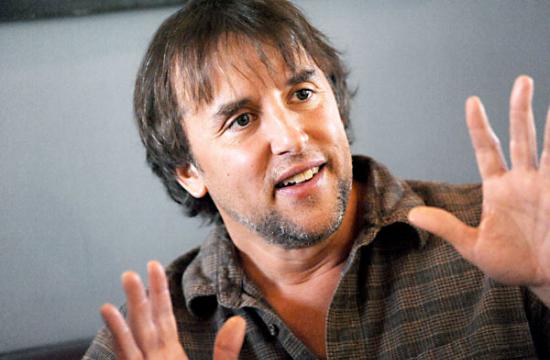 Film director Richard Linklater has announced he will produce a new documentary film that follows three middle-aged Santa Monica men as they continue to wear the same “Thin Lizzie” and “Rush” t-shirts over the course of 20 years.

Underwritten by a grant from the UCLA Department of Stunted Maturity, Linklater’s film – now to be called “Shirt Boyhood” after the title “Frozen in Time” brought protests from Disney – will examine how three successful men with full-grown children have been unable to stop wearing rock band-referencing clothing on weekends despite the devastating toll on their families.

Linklater said the project will speak to a unique phenomenon among older American men in which the rock concerts of their youth somehow become conflated with family barbeques and vacations in Orlando, Florida. The director noted that he was inspired by the recent film “Tapestry of My Life” which followed female fans of songwriter Carol King over the course of three and half decades as they played the same album over and over again for the benefit of their cats.