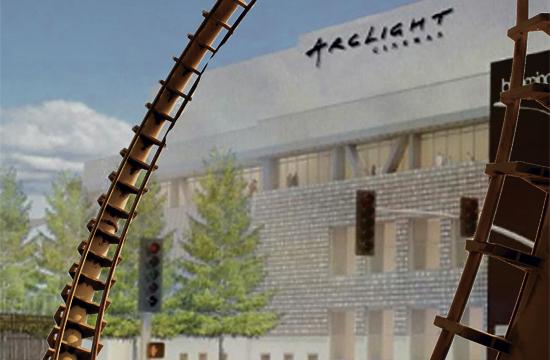 Noting that some of the excitement over the Expo Line coming to Santa Monica has receded as construction and related street closings continue, officials today announced that the rail line will conclude in a thrilling 360 degree “Super Loop” just before the train pulls into our city’s station.

The new feature is an attempt to boost interest in use of the rail line and to compete with other excitement-stirring California attractions such as Magic Mountain and tapings of “Jeopardy.”

Expo spokeswoman Casey Jones said that there were still “some bugs” to work out, such as making sure that “while the spin in the loop is pulling heavy G’s” passengers don’t lose contact with their phones, purses, and false teeth.

While seat belts and chest straps will be required during the last quarter mile of the rail line into our city, a helpful video will give passengers all the information they need to prevent falling onto the ceiling of their rail car.

Expo Line is already working on publicity for the new feature, and has begun handing out “Santa Monica is Loopy!” bumper stickers at area liquor stores and medical pot outlets.