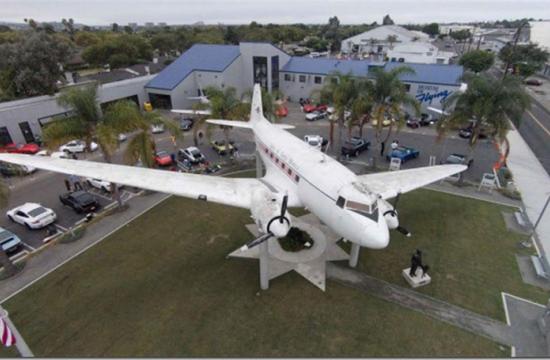 The Museum of Flying has confirmed the attendance of Iris Cummings Critchell, Robert J. “Bob” Gilliland, and Burt Rutan.

The second Annual Reception, Dinner, and Induction Ceremony will be begin at 6 pm at the Museum, located at 3100 Airport Ave., Santa Monica.

In addition to the inductions, the Hall will also recognize ten “legacy” inductees who shaped the growth of the aviation industry in California.

Iris Cummings Critchell was an Olympic swimmer in the 1936 Berlin Olympics, and a Women’s Air Service Pilot during World War II.

After the War, Critchell developed and taught the aviation curriculum at USC’s College of Aeronautics, and established a similar innovative program at the Harvey Mudd College of Science and Engineering.

A proud member of the Ninety-Nines, she won the prestigious “Powder Puff Derby” women’s transcontinental air race in 1959. Critchell served as an FAA Designated Pilot Examiner for more than 20 years. She will be introduced by Brenda Perez, who was inspired to enter the aviation field after hearing a presentation by Mrs. Cummings.

Lt. Col Fitzhugh “Fitz” Fulton enjoyed a 40-year career in aviation that would literally be impossible to duplicate today.  He flew over 235 different types of aircraft and was an experimental test pilot for the U.S. Air Force, NASA, and Scaled Composites, experiencing every generation of advanced aircraft in the 20th century. Fulton piloted the launch aircraft for every experimental research plane from the Bell X-1 to the X-15. Fulton also flew the Boeing 747 that launched the first landing tests flights of the Space Shuttle Enterprise.  Sadly, he passed away this February 4 at the age of 89. Colonel Fulton will be introduced by noted aviation artist, author, and historian, Mike Machat who is a close friend of the family.

Robert J. “Bob” Gilliland joined the Navy at age 17, graduated from the Naval Academy in 1949, and was commissioned as an Air Force 2nd Lt.  After earning his pilots wings, he flew F-84 Thunderjets in the Korean War and became a test pilot at Elgin Air Force base. He was later hired by Lockheed in 1960 as a test pilot for the F-104 Starfighter program.  He was personally chosen by Kelly Johnson of the famous Lockheed Skunkworks to serve as the Project Test Pilot for the famous SR-71 Blackbird making the aircraft’s first flight on December 22, 1964.  Gilliland is known as “Mr. Mach 3” as he had more flight hours at Mach 3 than any other person in the world for a number of years. Gilliland will be introduced by his son, Rob Gilliland.

Burt Rutan began his career as a civilian flight test engineer for the U.S Air Force at Edwards Air Force base. Design impresario Rutan took aeronautical engineering and innovation to levels never seen before. Starting with such revolutionary aircraft as the Variviggen, the VariEze, and the Long-EZ, Rutan expanded the design envelope with a host of unconventional, but exceeding efficient aircraft designs.  Besides creating the globe-circling Voyager, he entered the Space Age and the record books when SpaceShipOne made the world’s first private manned space flight. Fittingly, Mr. Rutan will, be introduced by the pilot of the Voyager, his brother, Dick Rutan.

The Museum of Flying, a 501(c)(3) nonprofit organization, established the California Aviation Hall of Fame to commemorate, preserve and educate the public on the important role that individuals played in the birth and growth of aviation and aerospace in California.