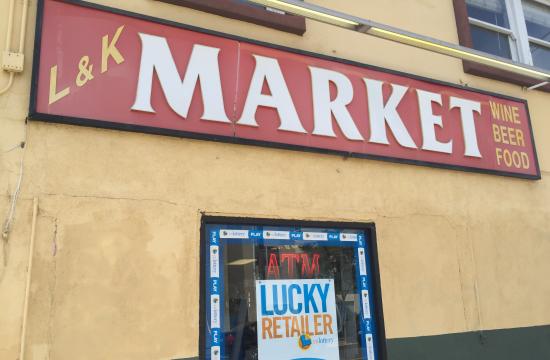 A ticket with five numbers in Wednesday night’s drawing of the multi-state Powerball lottery, but missing the Powerball number, was sold at the L & K Market at 2127 Main St. in Santa Monica and is worth $600,140.

“Everyone is very excited,” said Naz, an employee of the market who sold the winning ticket. “The lottery people are going to bring in big signs for us to hang around the store. It’s a big deal. We are the only winning ticket in California.”

Two other tickets with five numbers, but missing the Powerball number, were sold in Georgia and are each worth $1 million, the Multi-State Lottery Association, which conducts the game, announced.

There were no tickets sold with all six numbers. The estimated jackpot for Saturday’s drawing is expected to grow to $70 million.

The numbers drawn tonight were 1, 26, 34, 38, 51 and the Powerball number was 6. The estimated jackpot was $60 million. California law requires major payoffs of lottery games to be paid on a pari-mutuel basis.

“I’ve been working here for 10 years and that’s the biggest lottery ticket we’ve sold,” said Naz. “We’ve had a couple worth a thousand before, but nothing like this.”

The drawing was the third since the last time a ticket with all six numbers was sold.

The odds of matching all five numbers and the Powerball number is 1 in 175,223,510, according to the Powerball website. The overall chance of winning a prize is 1 in 31.85.

“I definitely think that it will add business, an influx of people coming in and buying tickets,” said Naz. “A man came in just this morning and bought a ticket, telling me about the [lottery] winner.”