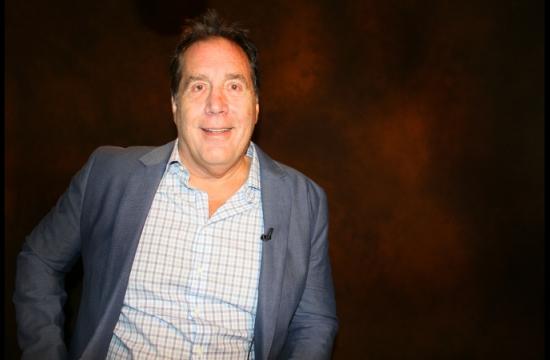 In February 1976, Fleetwood Mac convened at the Record Plant in Sausalito, California, with hired engineers Ken Caillat and Richard Dashut. The more technically adept Caillat was responsible for most of the engineering and producing of the band’s eleventh studio album “Rumours.”

Caillat, now a Santa Monica resident, said he nor anyone else could ever imagine what the future held for this album.

The tension was so immense, with two couples breaking up. Stevie Nicks and Lindsey Buchkingham had a screaming match while recording the song “You Make Loving Fun” while Christine and John McVie were not speaking to each other.

Caillat’s ability for a particular sound is amazing. He felt that Christine Mcvie’s “Songbird” should be recorded in a concert hall’s ambiance. This was recorded in an all-night session at Zellerbach Auditorium, across San Francisco Bay in Berkeley.

But, through everything, the music was heartfelt. The intense emotions and expertise of Caillat made Fleetwood Mac’s “Rumours” album one of a kind.

First of all, I want to thank you for this interview. It is such an honor to interview an award winning producer. You produced three albums from Fleetwood Mac, but also Paul McCartney, Pink Floyd, and Michael Jackson just to name a few major artists.

What inspired you to write your book after so many years had passed?

I actually wrote it because my friends kept repeating my stories of the events of making “Rumours” to their friends and eventually one of them told a New York City literary agent. He contacted me and said he was interested in representing me in shopping a book about my experiences and stories making “Rumours.”

In your book you told numerous stories of drugs, drinking, and fights between couples. What was the worst experience in making this album during that year? And were there a few bad experiences?

There weren’t very many bad experience except sleep deprivation, but I think the worse thing was when the master multi-track tape wore out in the middle of recording and we thought we were going to lose the entire album. Fortunately a miracle occurred and allowed us to save the album.

You produced the albums “Rumours,” “Tusk,” and “Mirage” for Fleetwood Mac. Do you feel that “Rumours” was the most excruciating album to produce?

Not at all, as we all got wealthier and more spoiled, life became more intolerable.

Now, you have known all of the members of Fleetwood Mac. Do you think they have changed from the “Rumours” days?

Absolutely now that they’re older, wiser and sober they are enjoying more their success.

Artists are getting young and more talented now but the labels are fighting digital piracy and a shorter audience attention span. So the industry wide sales are down and labels take fewer chance and want more assurances from artists on their success potential, leaving a growing pool of unsigned talent. My label Sleeping Giant Music Group was built to help the many unsigned artists.

You have quite an ear for mixing the tracks. What was missing in “Gold Dust Woman.” And what did you do to get that sound for the track?

Well I think the song hinged on the keys and the cowbell and of course Stevie’s vocals. Ultimately, we took it to the weird/spooky side with things like an electric harpsichord thru an effects box called a jet phaser. We actually had to order it, to make gold dust spookier, mick actually played the keyboard like a percussion instrument. We had to put marker tape on the keys that would be in the songs key so he wouldn’t play a bad note. After that we turned down the lights and let Stevie howl like a banshee in the end of the song. And we bought some large panes of glass and bought Mick overalls and a hammer and goggles, put him on a ladder with the glass and had him swing away!

Your daughter Colbie is such an amazing singer. Are there any plans for a concert tour in the future for Colbie?

Thank you. My daughter will be touring throughout the spring and summer on and off while writing new songs for her next album and also writing songs for movies.

Will you be writing another book soon?

Yes, I’m considering write the full sorry about the magic and dysfunction and tension of making the two follow-up albums to “Rumours.” I also have a sci-fi planned and a children’s book about music.

Ken are you still friends with Fleetwood Mac?

Yes, but we are all so busy, I did go to their recent concert, On with The Show. They were excellent as usual.

Thank you Ken, I am sure everyone can’t wait for you new book.

Thank you Mary, I will let you know when it is published.