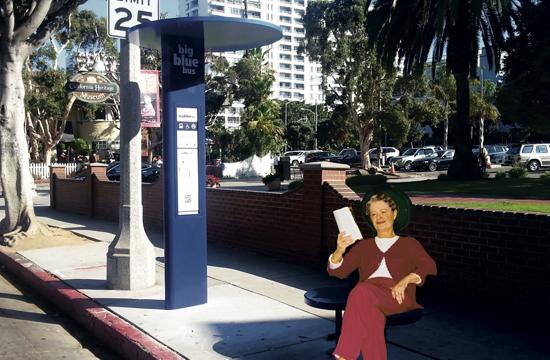 The re-do of the controversial new Santa Monica Bus Stops will include the installation of hair dryers at most stops. The move by city planners came following testimony in open meetings that most passengers using buses to get to work never have time to fully dry their just-washed hair and that the city could make time spent waiting at stops more productive for bus line customers.

Noting the success of Seattle’s “Hot Wax” bus stop feature, which allows waiting passengers to remove unwanted hair from legs and arms before boarding buses, Santa Monica officials looked into similar features that might be integrated here. Those options included an “Unsightly Mole Remover” that has been wildly popular at double-decker bus stops in London, and something called “The Zit Masher” which was associated with several injuries in Cleveland.

Rollout of the new bus stop hair dryers will be slow to ensure that there are no unforeseen problems with having a device that blasts 400 watts of heat at every bus stop, including concerns that passengers would use the dryers to warm breakfast sandwiches and muffins.