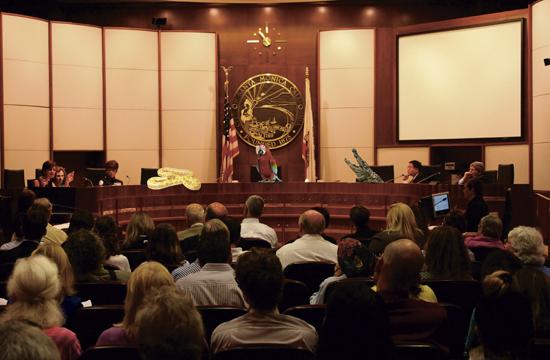 Impressed with the abilities of Rocky the Fortune Telling Parrot to analyze projected costs of proposed city projects, the Santa Monica City Council has voted to include exotic animals at all Council meetings.

Following a demonstration by Zeke the Genius Python in which the snake moved about on a large map of the city revealing new ways to beat rush hour traffic on the Westside, the Council decided that “the voice of these super-intelligent exotic creatures is one that needs to be included in all of our decision making.”

The move to allow exotic animals, however, does not include small primates. That decision followed an incident during a City Council meeting in which Daisy the Chimp defecated all over a proposed ban on carts selling bananas.