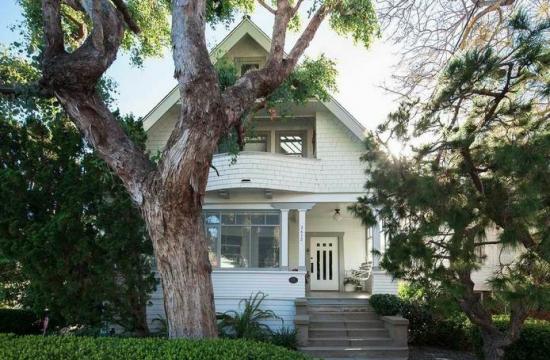 The success of Santa Monica’s first historic district will be on display when the Santa Monica Conservancy hosts a tour of the Third Street Neighborhood Historic District on Sunday, May 3, from 1 pm to 5 pm.

Within just a few blocks, tour participants will visit the interiors of four outstanding examples of the district’s contributors: a restored 1912 Craftsman home with intact interiors, an 1875 church that is now a landmarked residence, The Church in Ocean Park with magnificent stained glass, and a 1906 late Victorian home combining restoration and renovation.

Additionally, during a docent-guided walk around the remainder of the district, the Landmark Hostetter House (1893), an early 1920s bungalow court, and other buildings will be described.

The Third Street Neighborhood Historic District was initiated over twenty five years ago by residents who wanted to retain the architecture and character of this unique neighborhood. Its high concentration of historic structures exemplifies the development of Ocean Park from the 1880s to the 1930s.

Santa Monica presently has only one other historic district, a small cluster of Craftsman buildings on Bay Street. A potential third district encompassing the distinctive corridor of courtyard housing on San Vicente between Ocean Avenue and Seventh Street is under consideration.