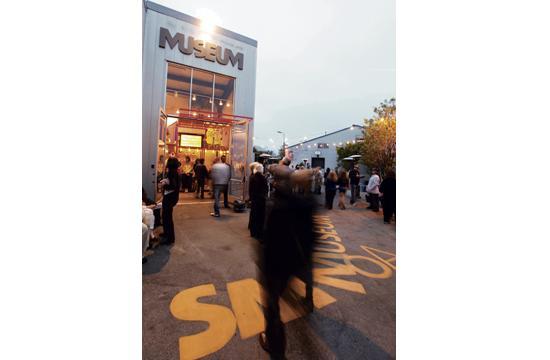 The Santa Monica Museum of Art has announced a planned gestation period in Century City to refine its vision and broaden its reach.

At the end of May, following the 11th annual INCOGNITO benefit art sale, SMMoA will leave its current location in Bergamot Station Arts Center.

From interim office space in Century City, the Museum staff will organize an exciting roster of pop-up exhibitions; education and outreach initiatives; and new offerings from the retail shop, GRACIE.

During its transition, SMMoA will also explore permanent sites in Santa Monica and Los Angeles County — including anchor tenancy in a redeveloped Bergamot Station.

SMMoA was founded by Abby Sher in 1984 and opened its doors in 1989. In 2000, Elsa Longhauser was appointed executive director.

To date, SMMoA has shown the work of 1,600 artists, 40 percent of whom are artists of color and 46 percent women.

The gestation period, being dubbed “SMMoA Unbound,” is a strategic opportunity for reflection and rejuvenation, according to the museum.

Read more in Friday’s print edition of The Mirror.