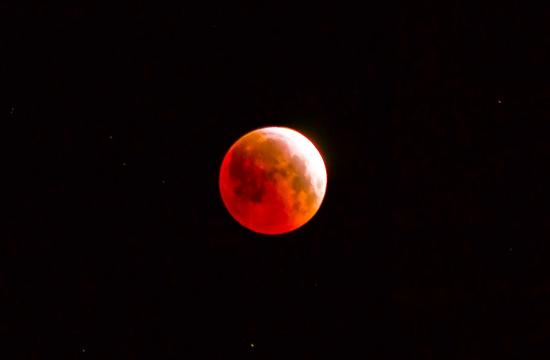 Saturday morning’s total lunar eclipse — which was the result of the moon passing into the shadow cast by the Earth — was photographed from all corners of the world, including high up in the Santa Monica Mountains.

During the eclipse, the moon reflected a faint copper or red color, the result of sunlight being filtered and bent by the Earth’s atmosphere.

The event lasted 4 minutes, 43 seconds, making it the shortest lunar eclipse for the rest of the 21st Century, according to astronomers.

Here were some key eclipse times for skywatchers:

— 3:15 a.m.: Umbral first contact, when first portion of the moon is visibly eclipsed;