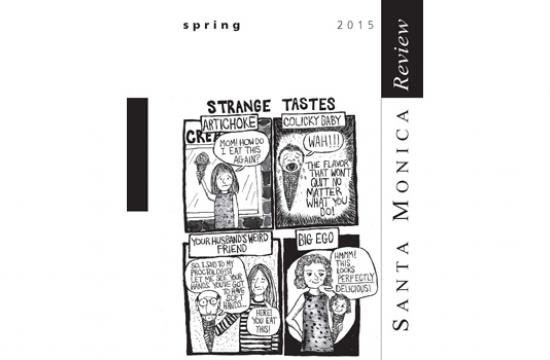 Tickets, available now through Brownpapertickets.com, cost $10. Refreshments will be served, and books will be available for purchase, and author signing. Abundant free parking on premises.

The Review’s launch party, says Tonkovich, “is a terrific opportunity to hear serious contemporary writing read by its authors, many with national reputations, some at the beginnings of their careers.” Past readings have featured Ron Carlson, Trinie Dalton, Michelle Latiolais, Karl Taro Greenfeld, and SMR founder and Santa Monica College creative writing instructor Jim Krusoe.

Santa Monica College and the Review will host a booth Apr. 18-19 at this year’s 20th anniversary Los Angeles Times Festival of Books, offering complimentary copies of the magazine to visitors at Booth # 72 at the USC campus, as well as distributing information on the College’s abundant academic and cultural opportunities.

The Review has presented works of fiction and nonfiction, including writing by authors Alan Cheuse, Diane Lefer, the late James Houston, and Gary Soto. The Review – the only nationally distributed literary magazine published by a U.S. community college – has been included in the prestigious Best American Short Stories series and other outstanding anthologies.

The publication costs $7 per issue or $12 for the two issues each year.