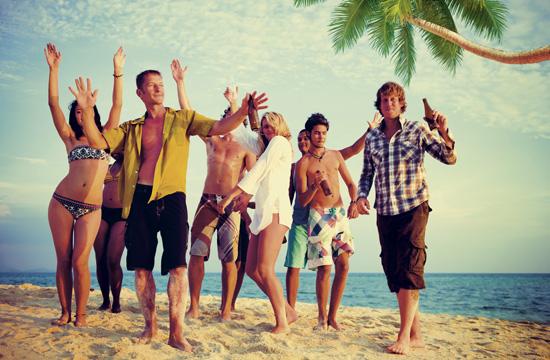 More than half of the teenagers in the United States have tried alcohol. With spring break in full swing, this situation is particularly troubling because so many young people end up binge drinking.

Binge drinking – typically defined as men consuming five or more drinks and women four or more in about two hours – has reached epidemic levels across the nation.

In a Center for Disease Control and Prevention 2011 survey of college students, 36 percent reported they participated in binge drinking. Other estimates range to almost double that figure.

For college students, many of whom are underage drinkers, these statistics can be especially destructive.

It is estimated that more than 1,000 college students die each year in alcohol-related incidents, and alcohol is involved in nine out of every 10 reported sexual assaults on college campuses.

We also know that underage drinking can severely impact the growing brain, which is still developing until around age 25.

There are a host of other factors to consider. Increased alcohol consumption can trigger aggression in susceptible students, which can lead to property damage, encounters with the police or even violence toward themselves or others. Studies also show that binge drinkers are much more likely than non-bingers to take other illicit drugs such as marijuana, amphetamines, ecstasy and cocaine due to their lowered inhibition.

When it comes to college age binge drinking behavior, the problem isn’t always the alcohol itself, it’s the decision-making when drinking too much. A blacked out or otherwise impaired person is much more prone to having accidents, acting aggressively or engaging in risky behavior.

Mark Baumgartner, head of the new Betty Ford Outpatient Treatment Center in West Los Angeles, stated that, “Underage drinking significantly increases the risk for alcohol addiction, as modern brain imaging technology and research confirms that the brain continues development through the mid-20s. And young adults, even without adding alcohol, show an increased propensity for novelty seeking, risk-taking and engagement in impulsive behaviors before fully thinking through consequences. Adding these risk factors to the almost unrestricted freedom of many Spring Break settings, and combining it all with the decreased inhibitions that come with excessive drinking, can be lethal combination.”

Research indicates there are proven ways to prevent binge drinking. According to the book “Preventing Binge Drinking on College Campuses,” two of the most effective methods are individual intervention and community intervention. Individual intervention creates and maintains a proactive, campus-wide system of identifying potential students who may need help and then providing them easy access to the appropriate level of treatment. Community intervention is aimed at changing access to alcohol in surrounding communities through such strategies as increased enforcement of minimum drinking age laws; restriction on alcohol retail suppliers; increased prices and excises taxes on alcoholic beverages; and the formation of campus and community coalitions to prevent alcohol abuse.

Hearing the same message over and over again about the dangers of “binge drinking” can start to sound empty, but the fact is, it’s a very real problem that remains on the rise. You needn’t look much further than the nightly news to find examples of binge drinking and all the dangers and misery they can bring to the college campuses in your own backyard.

Colleges continue to work hard to address the issues surrounding the binge drinking epidemic and hopefully implement some real, lasting changes. The most successful efforts at combating binge drinking will include a healthy mix of prevention, intervention and treatment targeting individuals, the student body as a whole and the larger community.

Further help or information is available at www.bettyfordcenter.org.