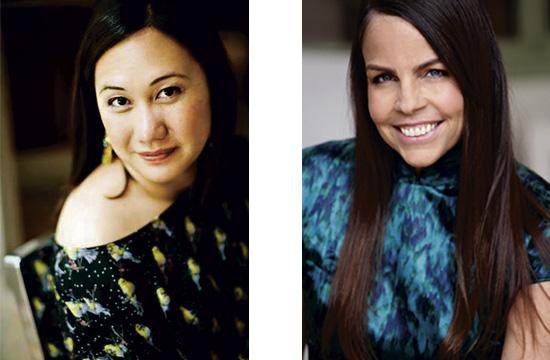 Santa Monica’s own literary version of Coachella, YALLWest, will make its debut as the city’s first Young Adult book festival on April 11 and 12.

Best-selling YA authors and co-organizers Margaret Stohl and Melissa de la Cruz, the driving force behind the inaugural event, partnered with the Santa Monica Public Library to parlay the sunny draw of the city into a YA destination spot.

“I don’t think people realize what a teen-book presence there is here,” Stohl said.

Both Stohl (“Beautiful Creatures”) and de la Cruz (“Witches of East End”) have had their books released as film and television shows, respectively, and have been busy since last summer preparing YALLWest in the same successful fashion as its sister festival in Charleston, South Carolina, YALLFest, the largest YA book festival in the South that welcomes about 8,000 annual attendees.

While the city may not seem like a booming literary hub, it’s home to a number of best-selling YA authors who want to change that assumption. Stohl likened the process of putting together a book festival of author-friends as “stone soup,” where everyone contributes something different to create a whole.

“We all like and read each other’s books,” de la Cruz said of the tight-knit community.

“I think teen writers really identify with their readers,” Stohl said of the particular kinship at festivals like these. “We all read the same books, we share a lot of fandom. We watch the same TV shows and movies. So there’s a really close knit online community and in-real life community.”

The two-day event commences at Santa Monica High School at 601 Pico Blvd. on Saturday 10 am with the inaugural keynote by Ransom Riggs, whose “Miss Peregrine’s Home for Peculiar Children” is being adapted by Tim Burton. The rest of the day revolves around middle-grade, teen or young adult panel discussions, a game show and musical performance by Tiger Beat.

Three ticketed panels will cost $5, which Stohl and de la Cruz described more as a “psychological marketing ploy” than a surcharge.

And with 101 librarian volunteers still in tow, Sunday will move to the Santa Monica Public Library’s Main Library at 601 Santa Monica Blvd., where a slightly shorter day will convene.

The goal at the end of the night is for everyone to leave with a book and a full stomach. Expect food trucks and free merchandise from their corporate sponsors, including Epic Reads, Hasbro, Barnes and Noble, and Disney Hyperion.

The Los Angeles Times Festival of Books, “the granddaddy of them all,” as Stohl put it, which kicks off the week after, is also a sponsor and is helping to cross-promote between the two.

The sheer “fandom” of the genre lends what Stohl called “a rock star vibe” to YALLWest.

“It is different from YALLFest in that we want it to reflect L.A.,” Stohl added.

The YA genre has become ripe for small and big screen adaptations. This of course means incorporating Hollywood into the weekend’s mix.

“The movies are kind of like really expensive fan art where it happens adjacent to the book,” Stohl said. “And I think that’s okay.”

Hollywood notables will convene for panel discussions with director Catherine Hardwicke (“Twilight”), director Rob Minkoff (“The Lion King”) and producer Wyck Godfrey (“The Fault in Our Stars,” “Maze Runner” and “Twilight”), among others.

Attendees, from 4 years old to 80, can look forward to freebies (among them, books), an epic book carnival and tons of book signings.

Stohl and de la Cruz wanted to make YALLWest’s goal simple: to infect others with their love of books. To celebrate authors. And to bring attention to the idea that LA does in fact read.