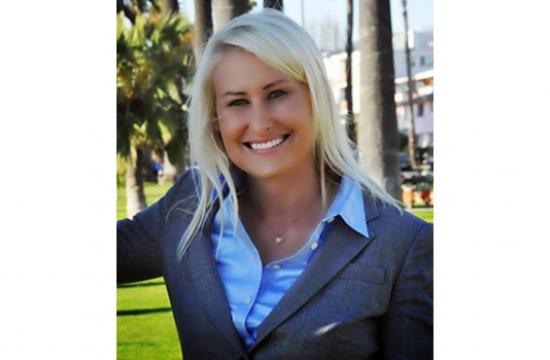 As a graduate student studying Clinical Psychology with an emphasis on Applied Community Psychology, I essentially study what makes a city livable, how to integrate community members into their municipalities, and how to empower communities—in other words, my interest lies in what makes a city a happy city.

As a second generation Santa Monican who loves my hometown, I’ve followed the city’s current events with great fascination. The municipal issue du jour is, without a doubt, development.

There is undeniably a divide in public opinion about development in our city; some seeing increased development as a benignant proposition, others fearing it with a malice usually reserved for issues of war or other great national controversy.

Seeing as I study psychology, I look at the issue of development through that very lens. Communities have personalities just like people do, and, like people, communities can develop personality problems. Personalities can become strident, defensive, mistrusting, and ultimately, dysfunctional.

In terms of specific emotional problems, some portions of Santa Monica’s public exhibit classic anxiety symptoms over development. That anxiety leads some people to become strident and defend their position (tenable or untenable, as the case may be) beyond the point of reason. Like treating a patient suffering from anxiety disorder, we have to separate anxiety from fear.

Anxiety is free floating worry, whereas fear is legitimate and carries real consequences of harm. Once we are able to separate anxiety from fear, we can then take action to protect the patient from real fear—if there is such a thing, in that case.

Next, some Santa Monicans suffer from approach/avoidance conflict when it comes to development. A fraction of Santa Monicans are fundamentally conflicted about it. They want the indisputable benefits to the city that development brings (such as increased affordable housing, city revenue, and a more bikeable and walkable urban center) yet have anxiety about feared consequences such as increased traffic and degradation of city character.

How do we deal with conflict? We utilize conflict resolution. We begin by identifying the two parts to the entity that seems to be at war with itself. Next, we ask each side what it is wiling to give up in order to live harmoniously. Furthermore, rather than indulging in fears and anxieties, we research the facts that can either validate or dispel such concerns.

For example, thoughtful examination of evidence shows that transit-oriented development—in which more people are able to live where they both work and recreate—traffic is actually decreased even as the population density rises. Thus, through mediation we can find both resolution of conflict and abatement of anxiety.

Next on our list of personality issues, we have abandonment. A segment of Santa Monicans worry that an evolving, developing Santa Monica will leave them shut out in the cold—in other words, abandoned. “I’ve lived here for forty years,” is the common refrain. “Santa Monica is changing, and it’s not for the better.” “Will we even be able to recognize Santa Monica in ten years?” What is the common thread here? It is fear of abandonment, that the world will keep turning, keep changing, keep evolving, and some will be left behind.

Finally, we have an element of paranoia thrown in for good measure. There’s a considerable amount of suspicion and distrust about development-paranoia about traffic, of course, and also paranoia about how inclusionary housing policies will lead to “too many people,” will tax our public infrastructure, and turn Santa Monica into “Miami Beach,” as if building more affordable housing will suddenly turn us into Sodom and Gomorrah.

To deny the inevitably of development is akin to psychiatric patients denying the inevitability of change. They can throw a fit and slam themselves against their padded walls, but it’s going to happen, whether they embrace it or not. The attempt to deny change prevents any chance they have of exerting control or a positive influence on that change.

In the case of Santa Monica, by refusing the Hines development and shutting it down, we lost the opportunity to create a better outcome for our city. Instead, the former Hines project has been replaced by a development far worse for our community, lacking the benefits that Hines would have brought such as affordable housing, open space inclusions, and traffic mitigation measures. Hines wasn’t perfect, to be sure, but then again, nothing in life is ever perfect. As Voltaire once warned, “The perfect is the enemy of the good.”

Just as a therapist helps their patients learn to navigate change in the healthiest way, to attempt to ensure the most positive outcomes for future wellbeing, we as the leaders of Santa Monica need to help our city’s populace learn to negotiate development in a constructive manner.

The world is only going to become more and more populated, not less, and Santa Monica is not the only community that will have to face that inevitability. And thank goodness for that—the other option is to become like Flint, Michigan, with a declining population and a decaying city.

I don’t claim to have all the answers, but I can’t help but wonder if we can help our community’s personality problems the same way we treat patients with personality disorders: through restructuring its cognitions, helping it develop more realistic core beliefs, increase its affect regulation, modify its destructive reactionary behaviors, and–if all else fails–send it to a really good psychiatrist.