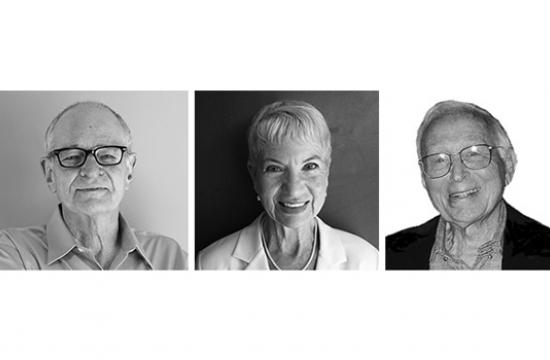 When the community gathers at the Ritz-Carlton Marina del Rey on Saturday, April 18, for WISE & Healthy Aging’s annual Celebration of Caring awards luncheon, they will be greeted by a familiar face.

Or, for the majority of attendees, a familiar voice: that of Warren Olney, the distinguished broadcast journalist whose signature local news program, “Which Way, LA?”, is heard daily on Santa Monica-based public radio station KCRW.

Olney has been chosen by WISE & Healthy Aging to emcee the recognition event, announced Renee White Fraser, event chair and president/CEO of Fraser Communications. He will preside over the awards ceremony and throughout the luncheon.

Olney is known nationally through his syndicated Public Radio International program, To the Point, which was as offshoot of the popular “Which Way, LA?” Prior to those shows, he was a television news reporter and anchor at CBS, NBC and ABC flagship stations in Washington, DC, Sacramento and Los Angeles as well as at then-PBS station KCET-TV.

Olney has been honored with nearly 40 national, regional and local awards for broadcast journalism, most recently receiving the Radio & Television News Association of California’s 2012 Lifetime Achievement Award at its Golden Mike Awards ceremony.

Area professionals, caregivers and volunteers who make a difference in the lives of Southland seniors will be honored at the Celebration of Caring event, according to WISE & Healthy Aging President and CEO Grace Cheng Braun.

Shifra Raz came to WISE & Healthy Aging two years ago — on April 1, 2013, when while  on a walk, she came upon its just-opened Club 1527, a senior enrichment and recreational membership program offering arts classes, personal growth and development opportunities, and arts and entertainment outings.

What was missing, Raz learned from Club 1527 director Candace Shivers, was more fitness activities. The certified fitness trainer, back from a 5-year trek around the globe volunteered on the spot to help Shivers develop some classes.

Starting from just one hour with a handful of participants, they grew the offerings to two full-hour classes four days a week of total fitness, yoga and tai chi, with up to 55 members in attendance.

Raz takes pride in the diversity of class participants, in age (65 through 98 years old!), physical condition, their various nationalities, and the improvement in their strength, flexibility and overall health.

Richard “Dick” Grosslight has spent nearly a third of his lifetime bettering the lives of fellow seniors as a Peer Counselor at WISE & Healthy Aging and its predecessor agency, Senior Health and Peer Counseling Center (and Center for Healthy Aging).

Now 92, Dick began his volunteer service in l986 as a 62-year-old who had not yet retired from the packaging business, and has never stopped serving in the 29 years that have ensued.

A background in psychology (an undergraduate degree from UCLA and service in the Air Force Psychological Center) prepared Grosslight for his pro bono counseling work.

This currently includes providing one-on-one counseling to senior clients, co-facilitating a Transitions Group that helps senior adults who are at the younger end of the spectrum look at the next chapters in their lives, leading a group of peer counselors, and, remarkably, leading a Men’s Support Group that has been meeting regularly for the past 24 years.

“We are grateful for the many supporters of our WISE & Healthy mission of enhancing the independence, dignity and quality of life of older adults,” Cheng Braun said. “The Celebration of Caring is a special day to acknowledge the dedication and caring of these special individuals. We invite the community to come and celebrate with us on April 18.”

Tickets for Celebration of Caring are $150 and can be purchased online. For reservations and event information, or to learn more about WISE & Healthy Aging, call 310.394.9871 or go to www.wiseandhealthyaging.org.