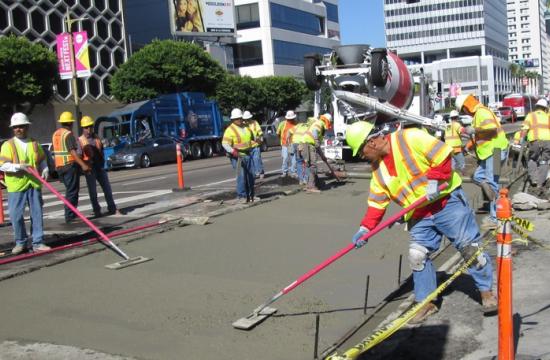 A host of city and federal officials today will celebrate this week’s planned opening of five more miles of dedicated bus lanes that will provide buses with traffic-free routes along Wilshire Boulevard during morning and afternoon rush hours.

Phase Two of the Wilshire Bus Rapid Transit Project will officially open Wednesday morning, with bus-only lanes operating from 7 to 9 a.m. and 4 to 7 p.m. The new lanes will stretch from Western Avenue to San Vicente Boulevard, from the western border of Beverly Hills to Comstock Avenue, from Selby Avenue to Veteran Avenue and from Bonsall Avenue to Federal Avenue.

The new lanes will connect with 1.8 miles of lanes that opened in June 2013 between Western Avenue and Park View Street near MacArthur Park. Metro officials said the lanes will save bus riders as much as 15 minutes in commute time, while helping to improve traffic flow on Wilshire.

Other motorists will be able to use the lanes during non-peak hours.

The project will ultimately cover about 12.5 miles along Wilshire Boulevard from Valencia Street near the Harbor (110) Freeway to Centinela Avenue at the Santa Monica city line.

Los Angeles Mayor Eric Garcetti, who is chairman of the Metro board, is among the dignitaries scheduled to take part in a ceremony today along Wilshire Boulevard. Other city and county officials are also scheduled to attend, along with representatives of the Federal Transit Administration.