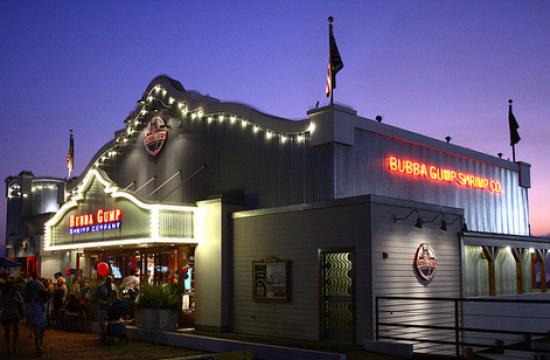 A 44-year-old Los Angeles woman who tried to sneak away from paying her bill at a Santa Monica Pier restaurant was arrested on Thursday, March 26.

Officers of the Santa Monica Police Department were called out to the Bubba Gump Shrimp Company at 11:24 pm in order to investigate a woman who had refused to pay for her food.

The officers arrived and spoke with staff members who told them that a man and a woman had entered the location and ordered drinks and dinner. When it came time to settle the check the woman had produced a credit card in order to pay the $88.78 bill.

The staff member had run the card but it had been declined.

The woman had then discreetly slipped out of the restaurant and her male companion had added that he too did not have any means to pay for the food and that he was ostensibly a guest of the woman.

The officers located the woman and she was taken into custody under the provisions afforded by a private person’s arrest.

This L.A. resident was charged with defrauding an innkeeper. Bail information was not available at the time of going to press.