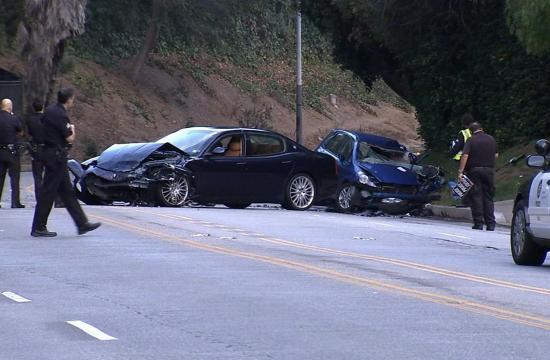 The husband and three children of a Santa Monica woman killed in a head-on collision on Sunset Boulevard in Westwood last year are suing the other driver as well as the city of Los Angeles, alleging officials were aware of previous accidents on the dangerous curve where the crash occurred.

The lawsuit was filed Wednesday in Los Angeles Superior Court, alleging the dangerous condition of public property, negligence and loss of consortium.

The plaintiffs are Olmon’s husband, Krister, and her three daughters, Harper, Milan and Sydney. They seek unspecified damages. Zukin could not be immediately reached.

Krister and Harper Olmon were with Sheri Olmon and were on their way to a concert when  Zukin’s car crossed a double-yellow line and collided with the Olmon car near Mapleton Avenue on what is known as “Dead Man’s Curve” because oft lives lost there in previous accidents, the suit states.

The suit alleges city officials failed to make the curve safer “despite having notice and sufficient time” to do so.

The complaint states that another fatality occurred in the same block of Sunset in February 2014 when Sami Hayek, the brother of actress Salma Hayek, lost control of his car, crossed into oncoming traffic and collided with a pickup truck.

A male passenger in the the Hayek car, Ian Cuttler Sala, a 43-year-old Grammy Award-winning art director and photographer, was pronounced dead at the scene. Sami Hayek suffered several broken ribs and facial lacerations, and the pickup driver broke his foot.