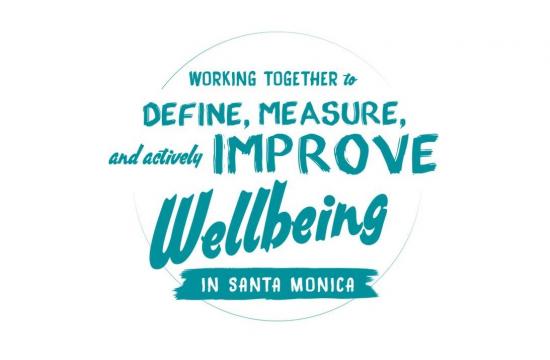 Santa Monica City Hall released its findings from the Wellbeing Index Monday, a collection of wide-ranging data used to better understand the wellbeing of Santa Monica residents. The project aims to allow the city of Santa Monica to consider new data about how people are doing.

“It’s a snap shot of how Santa Monica is doing now, a starting point from which we can decide where we need to go,” said Mayor Kevin McKeown. “In pioneering this innovation, we can more effectively improve the life experiences of our own residents, using an unprecedented level of data-driven knowledge about wellbeing to shape public policy.”

One of the more striking results was the low wellbeing score amongst young adults. The results show that people between the ages of 18 and 24 have the lowest wellbeing, with more than a third (35 percent) saying that they feel stressed all or most of the time, a number that is more glaring when compared to 10 percent of the oldest residents who feel the same.

“Young people in Santa Monica feel significantly less connected, less apart of the community, than do older people – that’s not typical in most communities,” McKeown said. “So we need to think about programs we can devise that will reduce isolation and alienation and will help people come together earlier in life to make a more coherent community.”

Another issue identified in the index was housing affordability, with one-fifth of Santa Monica concerned about missing mortgage or rent payments – a problem which is particularly prevalent in the Latino population (38 percent), for younger people (36 percent of those 18 to 24), and for those who are not in full-time work.

As is common to life in Los Angeles, getting around – traffic and mobility – emerged as the most-cited concern (23 percent) by Santa Monicans on an open-ended question about opportunities for wellbeing improvements.

In 2013, Santa Monica was one of five cities that won Bloomberg Philanthropies’ inaugural Mayors Challenge, awarding the city a $1 million grant for the wellbeing project.

The wellbeing project brought together the leading minds in the science of wellbeing from RAND Corporation and U.K.-based research institute New Economics Foundation (NEF) to develop the index.

“Nothing like this has been done before,” said Anita Chandra, Senior Researcher for RAND Corporation. “Other wellbeing efforts have mostly focused on the subjective experience alone and have not merged in city data with survey and social media information to capture a more holistic view of the wellbeing environment.”

The RAND and NEF teams explored an expansive collection of data taken from City departments and external data sources, a representative survey of more than 2,200 residents and localized social media.

“We’ve been on an incredible journey to arrive at this critical milestone,” said Julie Rusk, Assistant Director of Community and Cultural Services, City of Santa Monica. “But really, the value of a local Wellbeing Index is only just beginning. As our collection, distillation and analysis of data improves, the picture of how our community is doing will become that much clearer to us all. The data we generate can be used to build a powerful new tool to improve our communities and foster an environment where we can collectively thrive.”

For more information on the wellbeing project, see smgov.net/wellbeing.