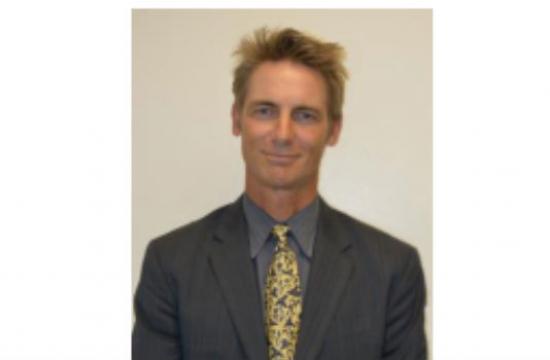 Olympic High School has a new principal – Anthony Fuller, a history and science teacher at the school since 2002.

The SMMUSD Board of Education approved Fuller’s appointment at its May 21 meeting.

At Olympic, he has served on the leadership team, organized and facilitated many projects with students including beach cleanups, art exhibits at Santa Monica Museum of Art in conjunction with the Santa Monica Police Department, annual astronomy trips, site council meetings, parent meetings and school fundraising.

Fuller follows Dr. Janie Gates, who is retiring after 11 years as the principal of Olympic High School and 28 years at the Los Angeles County Office of Education.

Under the leadership of Dr. Gates, Olympic High School has been designated a Model Continuation High School in California. This honor is for a three-year term and only a small percentage of schools receive this honor of nearly 500 continuation schools in the state each year.

Prior to joining Olympic High School, Fuller worked for LAUSD from 1998-2002 at a magnet high school and middle schools. He started his teaching career in the San Francisco Unified School District in 1994.

“I’m honored to be chosen as the leader of Olympic High School, a school dedicated to the non-traditional learner,” Fuller said. “Equally, I’m excited to be working with a collaborative and dynamic staff to build on the achievements of my predecessor, Dr. Janie Gates. I look forward to raising the profile of our programs within the community so all of our stakeholders can share in the success of Olympic as well as the Independent Study Program, the Off Campus Learning Center and our Adult School.”

Fuller has served on the Santa Monica-Malibu Classroom Teachers Association board from 2012-present and was a state council representative from 2008-2014.