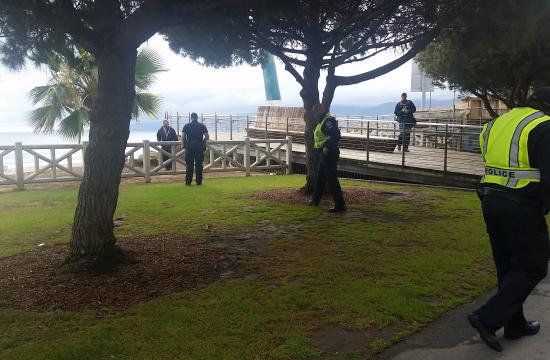 Two lanes of northbound Pacific Coast Highway at California Incline in Santa Monica were closed briefly Thursday afternoon after a man was threatening to jump off the bluffs at Palisades Park.

Officers of the Santa Monica Police Department responded at 4:50 pm after a Community Services Officer spotted a man on the other side of the wooden fence next to the bluffs.

A witness told The Mirror the man aged in his 60s was asking for a matchstick so he could smoke one last cigarette.

Police convinced the man to come back over to the park side of the fence about 5:45 pm where he was taken into custody.

Police said the man will be transported to a medical facility for evaluation.