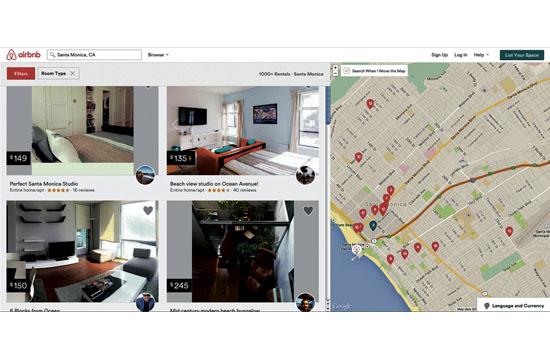 The Santa Monica City Council has passed some of the region’s toughest regulations on the booming short-term rental industry.

In a unanimous vote Tuesday on its second reading of an ordinance, the council approved rules that will ban most short-term rentals in the city by prohibiting the rental of an entire unit for less than 30 days.

The rules legalize “home-sharing” — in which the occupant rents a couch, spare bedroom or backyard unit — but require hosts to obtain a business license and pay Santa Monica’s 14 percent hotel tax.

The vote was taken over moments and with no debate despite a protest held outside Santa Monica City Hall Tuesday afternoon by more than 100 short- term rental hosts and supporters. Several people there said they worried that other Southern California cities might adopt similar rules on short-term rentals.