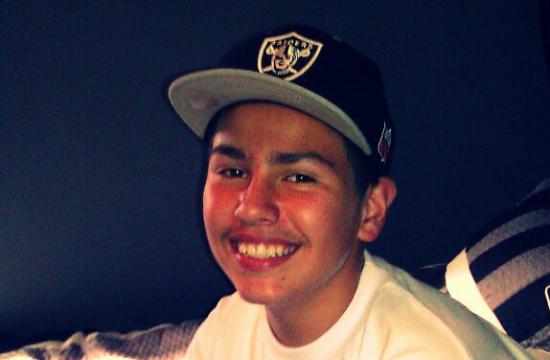 An investigation is continuing into a fatal crash involving a 16-year-old Santa Monica High freshman Sunday night when he ran a red light at the intersection of Olympic and 26th on his motorized scooter into an incoming car.

Mayoral said the S-House student was riding his moped with a friend and was struck by a vehicle on Olympic Blvd.

“His friend is in critical condition,” Mayoral said. “We understand from SMPD that the driver stopped the vehicle and immediately called for emergency help. Our hearts and thoughts go out to Leo’s family and friends during this sad time.”

“Losing a member of our Samo and SMMUSD family is just devastating to all of us,” Mayoral said. “Teachers and students have been informed of this tragedy and grief counseling is available all day in the library for students and staff. Parents have also been informed through phone and email. Additional support is available after school and this evening to students, families, and community members at Virginia Park.”

Administrative staff has reached out to Castillo’s parents to support in any way they can during this difficult time, Mayoral said.

Santa Monica police Lt. Richard Lewis said the preliminary investigation revealed that the driver of the vehicle was travelling westbound in the #1 lane of Olympic Boulevard, approaching the intersection of 26th Street.

“The motorized scooter, being operated by a 16-year-old male along with his passenger, a male adult were northbound on 26th Street in the number 3 lane of travel,” Lewis said. “As the driver proceeded westbound through the intersection on a green light, he was unable to avoid striking the driver and passenger of the scooter, who entered into the intersection against a red light. The 16-year-old male driving the scooter, succumbed to his injuries at a local hospital. His passenger a 20-year-old male was transported to a local Trauma Center, where he remains in serious condition.”

Lewis said the driver of the vehicle, a 73-year-old male from Los Angeles, remained at the scene and cooperated throughout the investigation. Lewis said this man was determined to not be under the influence of drugs or alcohol. After being interviewed, he was released pending further investigation.