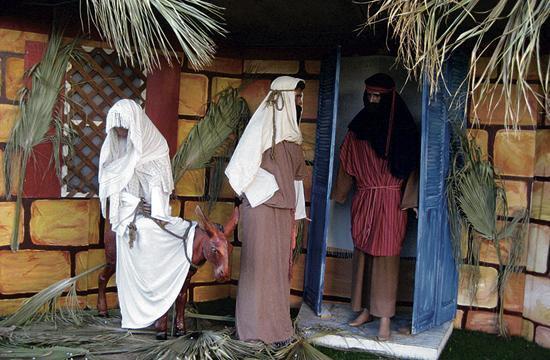 The long-running legal battle between Santa Monica’s Nativity Scenes and the City appears to have come to an end, with a three-judge panel of the U.S. Ninth Circuit Court of Appeals ruling in favor of the City of Santa Monica on Thursday. The ruling comes after the judges heard oral arguments from both sides Feb. 6 in Pasadena.

“Our devoted attorney, William J. Becker, Jr. of the Freedom X law firm of Los Angeles, believes that it would be fruitless to try to ask the Supreme Court to hear a further appeal, and I concur,” Jameson said. “We owe Mr. Becker tremendous thanks for his selfless devotion to religious liberty and freedom of speech in advocating for the Nativity Scenes. During the past three years, he has spent countless hours working on our case. He has made a deeo personal sacrifice by representing us without charge because of his commitment to constitutional freedom and the cause of Christ. We are very thankful to him.”

Jameson said its organizing committee will keep on working to honor God and improve the Scenes, adding it will continue to be displayed now at Mount Olive Lutheran Church on Maple Street and 14th.

“It is our hope that at some time in the future as public opinion moves even further in favor of the Nativity Scenes, the City Council will revisit its earlier decison and restore the Nativity Scenes to its historical home of six decades in Palisades Park,” he said. “Please keep praying that the Nativity Scenes will continue to be an effective witness to the wonder of the Christmas story and its subject, Jesus Christ.”

“The City’s allowance of unattended displays raised some significant difficulties in terms of the administration of the program, in terms of its impact of the park,” Barry Rosenbaum, City Attorney, had previously told The Mirror.