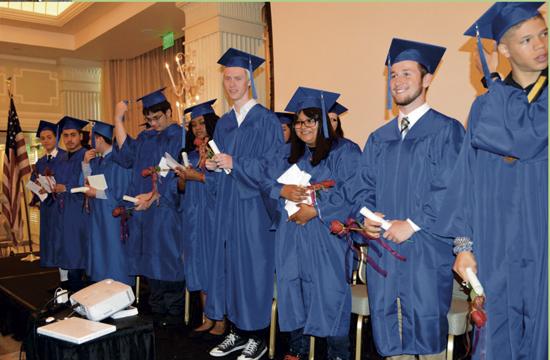 Olympic High School celebrated the graduation of its 36 seniors at a ceremony June 3 at Casa del Mar Hotel in Santa Monica.