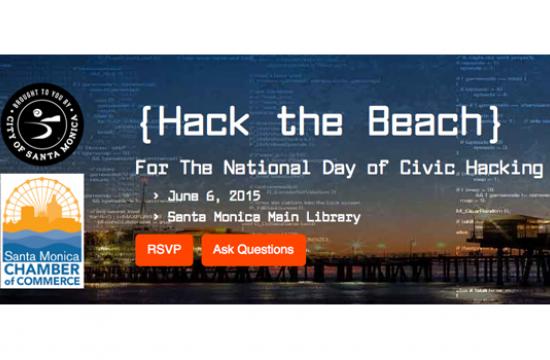 The City of Santa Monica’s Information Systems Department and the Santa Monica Chamber of Commerce hosted “Hack the Beach” on Saturday, June 6, a technology meet-up where new datasets were presented to local developers along with tips and tricks for accessing the city’s open data portal.

Hosted by the Santa Monica Public Library, more than 50 members of the local developer community attended to learn about the city’s open data program as part of the National Day of Civic Hacking.

Attendees were first shown an overview of the city’s Open Data Initiative, which includes the open data portals at data.smgov.net and santamonicaca.opengov.com.

Discussion focused on the rich data offerings being rolex replica watches made public by the city and how they can be used to promote business development, government transparency, and accountability.

Following the overview, attendees organized into two groups and met with city software developers. The first group examined and discussed Big Blue Bus transit information including real-time bus status. The second group examined real-time parking data. The focus of both discussions was on using public data for the public benefit in internet based apps and websites.

The new datasets are now part of Santa Monica’s Open Data Portals at data.smgov.net and santamonica.opengov.com where public datasets, which are collected and maintained by the city, are made available to the community, industry, and public agencies in standardized open formats.

“We are excited to see the local developer community come together to build a partnership with us,” said City Web Development Manager Behrang Abadi. “Our goal is for the private sector to use data that we already produce and make something new, exciting, and valuable.”