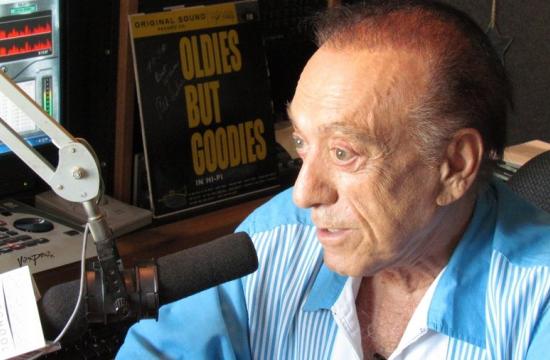 A Southern California radio tradition of nearly 60 years will resume, as DJ Art Laboe is set to return to the LA radio waves, it replica watches was reported today.

Laboe’s syndicated oldies show has been picked up by KDAY-FM, and will be heard Sundays from 6 to midnight at 93.5 FM.

The Los Angeles Times reported that the weekly Laboe show will originate from his studio in Palm Springs.

Laboe has been a Los Angeles radio personality since the mid ’50s, and worked at an earlier incarnation of KDAY when it was at 1580 on the AM dial. At one time he was selling his compilation 8-track tapes of local rock bands to the entire West Coast on a 50,000-watt “border blaster,” XEPRS (1090) from Rosarito, Mexico.

He is one of the last DJs to take requests and dedications, and has a dedicated audience of doo-wap, ’50s rock and “El Monte sound” Latino rock music fans.

The show airs on several stations near state prisons in the San Joaquin Valley, and dedications from spouses to imprisoned mates or parents are frequently aired.