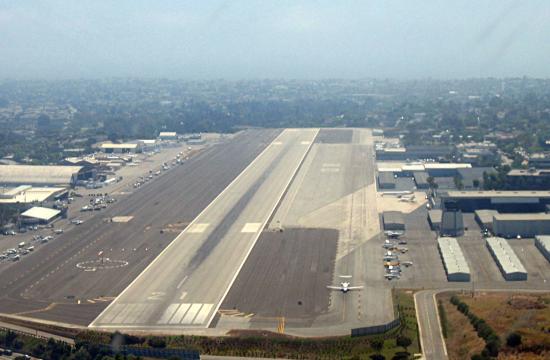 The City of Santa Monica is distributing this advisory as a follow up to notify and encourage members of the community to attend one of the best replica watches upcoming public workshops scheduled by the Federal Aviation Administration (FAA) to review and receive public input on the FAA’s Draft Environmental Assessment (EA) of the Southern California Metroplex (SoCal Metroplex) Project.

On June 10, 2015 the FAA published their Draft EA for the SoCal Metroplex project. The Draft EA is available for review at the following website:

Staff representing airports throughout Southern California, were invited by the FAA to attend an informational briefing on June 10, 2015 where the FAA presented an overview of the SoCal Metroplex Project. During this meeting the FAA presented arrival and departure procedures for all airports located in the SoCal Metroplex area, including SMO. The procedures presented were shown from a very high level perspective and not layered upon a clear map that had recognizable streets or neighborhoods that identified the new flight paths areas. The FAA was still in the process of finalizing details of the route and stated that a clearer map with longitude and latitude coordinates will be made available for the public during the public workshops.

The FAA introduced four instrument flight rule (IFR) procedures for SMO, two for aircraft arrivals and two for aircraft departures. The IFR departure procedure to the west accounts for about 95% of all operations. This procedure requires that aircraft hold for clearance from the SMO tower to coordinate activity with LAX North Runways. When cleared, aircraft fly straight off the runway heading to the west and begin their turns at the shoreline. According to the FAA the new proposed procedures require that aircraft meet the operational standard criteria of a three mile separation in order to allow for independent departures between LAX and SMO, which decouples the two airports. The FAA has determined that this is the most effective means to reduce idling and fuel consumption by aircraft currently awaiting coordinated arrivals and departures between SMO and LAX North Runways.

As specified above, the location of the turn to the northwest has not been clearly ascertained at this time. However, staff believes that the turn will occur between Lincoln Blvd. and the shoreline based on preliminary plots due to the fact that the coast is less than three miles from the LAX North Runway departures.

There is an arrival from the east that appears to mimic the current arrival path. There is also an arrival from the west; this procedure is used during Santa Ana weather conditions where the winds are prevalent from the east. Currently, the established procedure directs pilots to fly from east to west (the same path as they fly when they land from the west) and then continue to fly west just north of the runway and start their eastbound turn just before the shoreline and land. The new procedure directs pilots to fly from east to west out over the ocean then the turn back towards the shore and execute a straight in approach over the ocean to land on the runway. This would eliminate the current turn over Sunset Park and Ocean Park neighborhoods.

The current departure to the east (during Santa Ana wind conditions) requires aircraft to make a turn by the 405 freeway to head northwest. The new proposed procedure will not require this turn, but rather direct aircraft to the east, the reverse of the path for arrivals from the east.

The City is not a sponsor of this project and has not been involved in identifying or evaluating changes to flight procedures. City staff has requested a meeting with the FAA to get a more detailed description and clarification on the plot of the proposed flight path. The City will continue to reiterate Santa Monica’s opposition to any modifications that would change headings on takeoff from the current heading, by which aircraft fly directly to the coast, rather than over Santa Monica’s hills and residences. The City supports the goal of saving fuel and reducing idling time while aircraft await clearance. Staff strongly supports and is advocating for a waiver from the three mile separation rule; a rule established by the federal government in earlier years that did not account for GPS technology that renders these concerns obsolete.

The EA process provides for workshops where the public can learn about the SoCal Metroplex project and most importantly submit comments directly to the FAA. These comments will then become part of the federal record.

At the request of City staff, the FAA has scheduled one of the public workshops in Santa Monica:

For additional information or to submit comments about the Draft EA, contact the FAA directly at the following address: