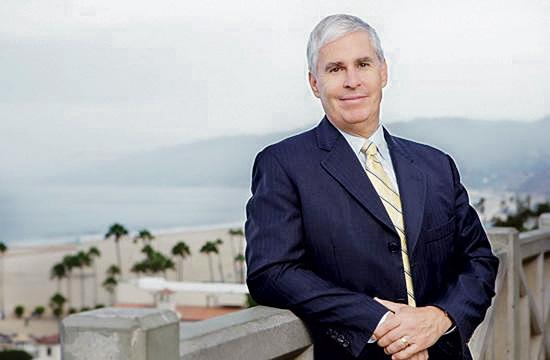 Transparency Project is an all-volunteer group of Santa Monica residents concerned about openness and accountability in City government. The group has previously filed complaints against former Mayor/current Councilmember Pam O’Connor about campaign contributions, some of which she has given back.

One of the main crutches in the group’s argument against Gould is that shortly after Gould retired as City Manager at the end of January, he and his wife moved to San Francisco, which is only a commute away from San Jose where Management Partners is located.

This, according to the group, suggests a possible quip pro quo that needs to be further investigated.

On Aug. 1 last year, Gould gave notice to the City Council that he intended to retire at the end of January of this year, after serving five years as City Manager.

About a month after his announcement, the President and CEO of the Management Partners, Jerry Newfarmer, reached out to Gould, inquiring about possible employment opportunities after his retirement.

The conversations between Newfarmer and Gould would continue intermittingly over the course of the next couple of months, lasting into the winter, with Gould telling Newfarmer “that [he] wasn’t interested in making any commitments until [he] had fully retired and relocated and thought through what [he] wanted to do in the next stage of life.”

On Jan. 27 of this year, Gould and his wife moved to San Francisco, where they had first met. It was a move with his family in mind, bringing he and his wife closer to their daughter, who works in the City.

“Having moved my wife five times in my career,” Gould said over the phone, “I told her that after Santa Monica she could decide where we would live, and she wanted to go back to Marin County, where we had been for 10 years when I managed the City of San Rafael.”

They headed back to the City where they had fallen in love while working at a consulting firm. They would marry shortly after Gould was hired as City Manager of San Rafael and would do most of their child raising in the Bay area.

It was a place they had once considered home and now it was time to finally head back.

Gould is now only a drive away from the consulting firm Management Partners, whose employment sparked concern with Santa Monica Transparency Project, who claim that his move to the Bay and his proximity to the firm are more than a comfortable coincident.

“Rod Gould’s accepting employment from a company as to whom he had approved a series of contracts before he left office goes to the very heart of the integrity of city government,” said Mary Marlow, Chair of the Santa Monica Transparency Project, who goes on to suggest that this action by the City’s most senior official is corrosive to a communities’ trust in government.

The complaint lists six incidents where Gould had approved of contracts between the City and his new employer, Management Partners. The complaint goes on to say that Gould violated the City’s anti-corruption law known as the Oaks Initiative by going to work for the firm after approving their contracts.

However, an impediment for the Transparency Group is that the Oaks Initiative does not apply outside of Santa Monica and Gould was hired once in Northern California.

“There is…no other action that this office can or should take at this time on this complaint,” said Santa Monica City Attorney Marsha Moutrie in a letter, responding to Marlow’s allegations.

“For it be an ethics issue there must be some facts indicating that the manager was negotiating future employment during the deal or that they cooked the deal for personal interests,” she said in an email to Gould. “In other words, an optics issue that could undermine faith in the deal or a true quid pro quo. I don’t see either” – something the complaints and its supporting documents fails to identify.

As Santa Monica City Manager, Gould was responsible for signing the vast majority of contracts for the City – often five to 10 a day, adding up to thousands over the course of a year. And in no cases, Gould said, was there any private consideration for him.

The allegations took Gould by surprise, “coming out of left field,” and if legally or ethically valid, he would have taken the appropriate actions to correct the mistake.

“While I will defend till my last day the right of this group and the right of any other group to challenge its city government, to question their leaders,” Gould said, “It doesn’t mean that by making allegations that those allegations are either fact based or true and in this case they are neither.”

Today on the Malibu Wine Trail we stop by Montage Vineyards and chat with an artisan winemaker who gives us...