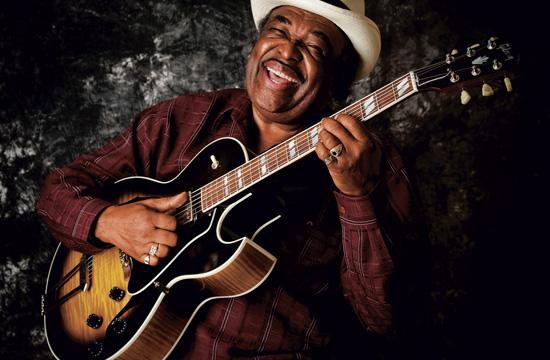 People tend to learn in history class growing up about the emancipation proclamation, where president Abraham Lincoln freed the slaves by law in the third year of the United States’ civil war. However, due to the war lasting another two years after that, as well as the South wanting to keep their slaves (thus the civil war in the first place), it wasn’t until June 19, 1865 that all of the states in the U.S. had freed their slaves. One hundred and fifty years later, we still celebrate that day with a Juneteenth Festival.

In Santa Monica, the City’s annual Juneteenth Festival is one of the many national celebrations that takes place as a way for the public to commemorate the freeing of slaves in every state, much like how 19 is the last teen number.

The free festival will be held this Saturday, June 20 at Virginia Avenue Park in Santa Monica – the first time since 2012.

From 11 am to 4 pm, there will be appearances from several musicians including Grammy-nominated Ray Brooks & the Blues Masters Band. Others include Route 101 and Island Rhythm Production. There will also be a participatory Lava Bai drum circle, as well as crafts, food, face painting, and games the whole family can enjoy.

However, the festival is more than just a big party. They will also include exhibits that cover the end of slavery and the strides that black people have made over the century and a half, such as a reading of Nelson Mandela’s “Long Walk to Freedom” at the Santa Monica Public Library’s Pico branch at the park, as well as a timeline depicting everything from slavery to present.

Juneteenth remembers the last of the slaves gaining their freedom, quite appropriate considering the momentous occasion. A portmanteau of “June” and “nineteenth” it is generally a day of happy remembrance that is shown with food, music, and fun.

Another name that tends to be associated to Juneteenth is “second independence day”, which becomes more and more true as time goes on.

There have been attempts to get legislation filed to make it a nationally recognized holiday.

“Much like flag day or the other national holidays that we celebrate,” said Eula Fritz, Santa Monica PAL director and this year’s festival coordinator.

While 43 states do in fact recognize it as a holiday, Arizona, Hawaii, Montana, New Hampshire, North Dakota, South Dakota, and Utah do not yet. It is hoped that with enough recognition that all 50 states in this country will eventually decide to recognize it as a national holiday.

The latter is mostly just fireworks and hot dogs, without much of a remembrance of what our forefathers had to struggle through. Juneteenth on the other hand is the celebration of being freed from the shackles of oppression, and the remembrance of the struggles before it.