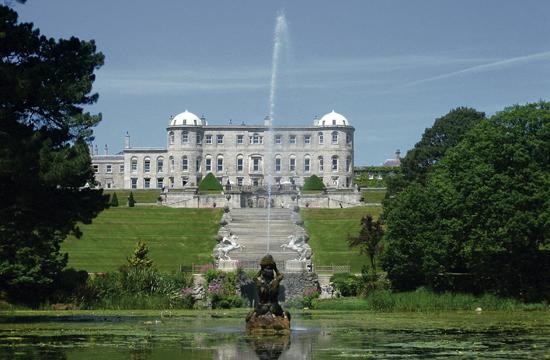 Santa Monica-based Grania Murray, an internationally recognized interior designer whose clients include Pierce Brosnan, Andre Agassi, and Steffi Graf, is offering a seven-day Design Retreat to Ireland that “will pull at and vibrate your senses, blend the best of food and [give] exclusive personal access to leading Irish Designers and Artisan Craftsmen.”

“It’s going to be – can I say a tapestry? – of experiences in both traditional and contemporary luxuries that promises to amaze and re-energize,” Murray said.

“I grew up in Dublin and worked there as a professional interior designer before moving to L.A. so I’ve amassed tons of personal relationships with design leaders in style, fashion, fine art, and jewelry,” she continued, “and now I can’t wait to introduce them to my guests who might not only want one-on-one encounters with these world class ‘creatives’, but have dreamed of gaining an insider’s view of Irish culture right in the capitol of the country.”

The insights into Irish design, arts, and culture by a renowned designer like Murray gives travelers, designers, and artists a behind-the-scenes look not offered anywhere else. Not only will it give them cultural exposure, but it will also open new avenues of creativity, just as it has influenced Murray’s designs.

“I guess you can tell from my accent that I was born and raised in Dublin so all my life I’ve tripped over culture everywhere I looked,” Murray said. “And that’s not only given me my sense of color and texture and a recognition of objects of exquisite craftsmanship, but has afforded me unprecedented access to the inner world of Irish design.”

And this inner world of Irish design is what her guests on the superbly luxurious seven-day Design Retreat will be experiencing first hand.

The next Design Retreat begins in Dublin on Sunday, Aug. 23 and the final one for this year commences on Sunday, Nov. 29.

Murray explains that her Design Retreat will be divided between two exquisite accommodations, The Powerscourt Hotel, a luxury five-star hotel that’s located in the lush Irish countryside; and The Marker, a breathtakingly modern hotel that’s in the very heart of Dublin City’s vibrant cultural quarter.

If that were not enough, those along for the journey will visit 18th Century gardens, waterfalls, and attend yoga classes – just a few of the many luxurious items included on the itinerary, referred to by Grania as the “The Marvels.”

The entire package, says Murray, will have a lasting effect on the attendee, just as the City of Dublin has done for her as a person and designer.

“Can I say they’re enthralled by it all? They really are. I just love to see the effect Dublin has on visitors. I can tell that they’re just delighted to be guided through the city in such a luxurious fashion,” Murray said.

“For some, it’s their first visit to the country and when it’s over, a lot of them make firm plans to return and explore again.

“For others, they’ve been to Ireland before but this trip is still different. It gets them right behind the scenes to the best in Irish Design and Culture.”

For more information or to book your trip, visit her website at http://TheRetreat.life or www.GraniaMurray.com.