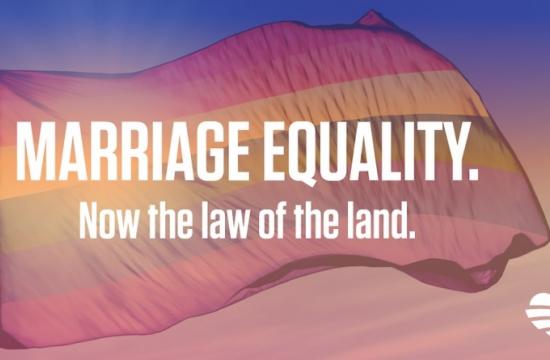 “I’m proud that Los Angeles has long championed marriage equality,” Mayor Eric Garcetti said. “This is not only a victory for freedom, inclusion and love but for the union of a nation founded on the principle that all Americans deserve to be treated equally.”

“Today’s ruling by the Supreme Court on same-sex marriage is one of the strongest affirmations ever made to enshrine a central tenet of this nation: all people are created equal,” he said. “The struggle to truly realize justice and equality for all continues, but today represents a major step forward for our nation and the world in protecting the dignity of all humans regardless of where they come from or who they love.”

Los Angeles City Councilman Mike Bonin, who is openly gay, called the ruling “historic,” and he thanked the activists across the nation who fought for right of everyone to marry.

Gov. Jerry Brown added his voice to those hailing the U.S. Supreme Court for its decision legalizing same-sex marriage.

“With the anniversary of the 1969 Stonewall Riots this weekend, we’re reminded of how long and winding the road to equality has been,” Brown said.

“Today, our highest court has upheld a principle enshrined in our Constitution, but only now finally realized for same-sex couples across America,” he said.