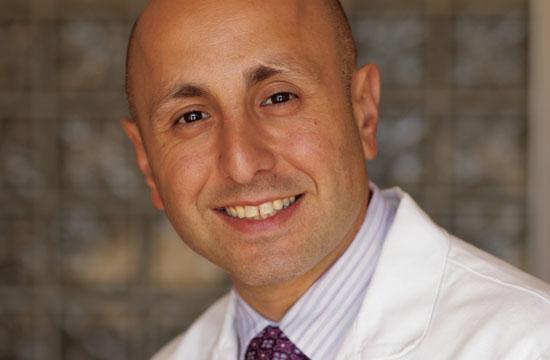 Survivors of domestic abuse who have been left scars, and children who may be bullied because of physical abnormalities or deformities are among  locals receiving free plastic surgery thanks to a new Santa Monica nonprofit.

While the term plastic surgery is often associated with expensive procedures afforded by the rich and famous to enhance aesthetics, one local surgeon wants to change that.

“I see this as my way of giving back to my community in a proactive way,” said Zarrabi. Prospective patients are encouraged to email Chapter 2 with no more than 500 words about their situation as an application.

Each case is considered on its own, but criteria is specific.

“The charity is not for people looking for a free facelift or vanity job,” Zarrabi said. “It is meant to help the poor and uninsured who would otherwise not have access to these procedures.”

Zarrabi said he is seeking to help those who are in particular need so that they can start their lives anew including domestic abuse and accident victims, breast cancer patients whose insurance does not offer reconstructive surgery and children who are victims of bullying due to significant physical abnormalities.

Zarrabi was born in Southern California to Iranian-Jewish immigrants, and his upbringing that instilled him with the belief that giving back to the community was not only important, but moral and necessary.

“I am not a very religious person, but I believe strongly in the Jewish concept of ‘repairing the world,’” Zarrabi said.

After receiving a B.S. in biology from UCLA, Zarrabi became the youngest M.D. recipient ever at the Saint Louis University School of Medicine, and completed his postgraduate residency at the Albert Einstein College of Medicine.

He also worked as a fellow in plastic and reconstructive surgery and hand surgery at the Oregon Health & Science University.

As a surgeon, Zarrabi would often work pro-bono for rolex replica watches uninsured patients in need of reconstructive procedures. He still goes into the Venice Family Clinic regularly to volunteer his skills. In his more than a decade of work, Zarrabi has garnered a very positive reputation.

With Chapter 2, Zarrabi is doing the same, but on a larger scale.

“I am at a place in my career where I can work for free more often, and I think the charity will let me reach more people,” he said.

Chapter 2’s first case was helping a woman who lost 500 pounds, leaving her with so much excess skin she could not walk.

“Without [the email service] I never would have heard of this woman, and I never would have been able to help her,” Zarrabi said. “My hope for the future of Chapter 2 is for it to become more well known, and for more surgeons to offer their services.”

At the moment, Chapter 2 points patients whose problems lie outside of Dr. Zarrabi’s expertise to other medical professionals who are willing to work for free.

People interested in sending their cases to Chapter 2 are encouraged to email their 500 words to chapter2@groffhinman.com.