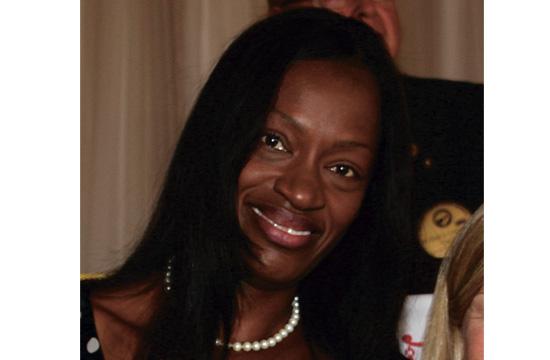 Christine Mirasy-Glasco was first to speak. She was born and raised in Kenya, the eldest of four children and part of the first generation of Kenyans’ to have two working parents.

Growing up, Mirasy-Glasco found herself wanting to follow in her father’s footsteps as a government employee, serving her country.

If she was to do so, her father urged that she learn French, something, he said, that she could only do by living in France.

“You have to go eat there food, see how they dress, watch their television,” he would say to her. “You have to be immersed in it,” referring to France and its culture.

So she left for France to stay with a family friend with only knowing two French words, ‘merci’ and ‘bonjour.’

“I was 18 and everyone was like where is she from, because most French Africans are form West Africa so they speak fluent French,” Mirasy-Glasco said. “So I spent a lot of time with kids, which was very helpful. There are no barriers with kids so it was much easier. I would make mistakes and they’d laugh about it and then they’d make me repeat it ten times the right way.”

After 10 months she decided to stay in France and go to school. The first year was very difficult, she said, lugging around her French to English dictionary so that every time someone would say something she wouldn’t know she could look it up.

After graduating, she got an opportunity to go to the United State to work as an intern for a non-profit in Washington D.C. called Visions in Action. It was an international, non-governmental organization that sent volunteers to other countries to work and help out in communities.

She later ended up in West Los Angeles with her husband and was “introduced to the director of Housing for the City of Los Angeles at a social event.

“He took me to lunch and then took me to Skid Row and it took half an hour and I said ‘I’m in, when do I start?’” she said.

She then realized that she wanted to go back to the front lines, so she went to a non-profit and helped homeless families move into housing “because children shouldn’t be homeless period” and has been working with them for two years now.

Next to speak was Rob Santos, a self-described up-state New York kid.

“The next thing that defines my life […] is my fiancé,” he said, after discussing his years at UCLA. “I met her my senior year in Spain, where I went to learn the Spanish that my parents never taught me and on my second day the door opened – and it was something out of a scene – she walked through the door, and I had the one seat that was empty. She sat down right next to me.”

That was 13 years ago. Santos ended up moving back to the States and she stayed in England, where she went on to Oxford to finish her studies.

“I finished my studies and we were both pretty poor at the time, but we stayed in touch,” Santos said. “I chased her for those 13 years, and I like to think—I’m not sure if I sped up or she slowed down – but I caught her.”

The wedding is planned for next year.