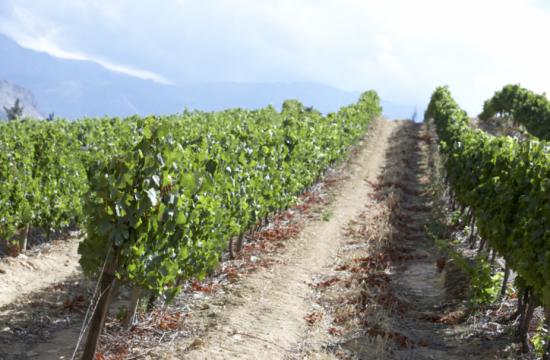 Spurred primarily by concerns about water use amid the extended drought, the county Board of Supervisors on Tuesday imposed a temporary ban on new or expanded vineyards a large swath of the northern Santa Monica Mountains.

She stressed that the ban is only a temporary step designed to give county planners a chance to review water issues as they relate to vineyards and determine if additional conditions should be imposed on future projects.

Richard Bruckner, the county’s director of Regional Planning, said people who want to install a vineyard simply bring an application to the county that is approved administratively.

The ban was opposed by vineyard operators.

“It seems like we’re being targeted for vines, whereas other things that might actually lead to more significant drought reduction are not even being mentioned in this — agriculture, housing, horses,” said Malibu resident Dan Fredman, who has been operating a vineyard for about five years. “All of those things use significantly more water than grapes do.

“… I realize it’s difficult to get much sympathy for people who live in Malibu,” he said. “This morning we’ve been hearing about valley fever, living-wage issues, all of that, but the reality is most of the people who are working with farming, we’re out there doing it ourselves.”

Greg Barnett of Malibu Coast Wines, added that he has “enjoyed the Santa Monica Mountains my whole life, and then I’ve welcomed the whole wine country that is just blossoming behind our backyard in the mountains.”

“I just can’t believe that this is going to put a ban on all future vineyards as well as any sort of vineyard expansion, which is kind of distressing to our family,” he said.

Beyond the amount of water used by vineyards, Kuehl said the county also wants to look at their water runoff, which can contain chemicals from pesticides and fertilizers.

The board is expected to revisit the issue during a public hearing on July 28.